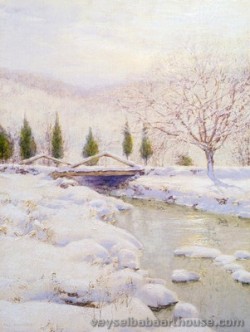 In 1873, Palmer made one of many trips abroad in order to work with Carolus-Duran. It was at this time that he met one of Carolus-Duran’s other young students, John Singer Sargent. The artist continued to take frequent and lengthy trips to Europe, and acquired a growing interest in French Impressionism as well as an enduring attraction to Venetian subjects.[3] When Palmer returned to the United States, he spent most of his time in Albany, where artists like William and James Hart, Homer Dodge Martin, and Edward Gay also painted. He also spent some time working out of New York City at the Tenth Street Studio Building. 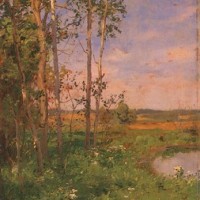 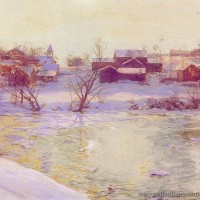 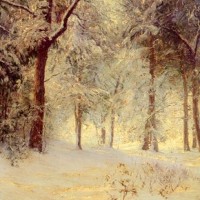 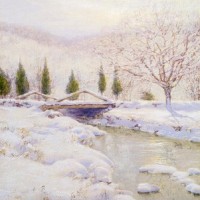