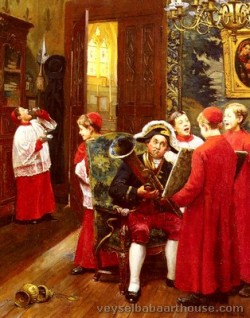 Paul Charles Chocarne-Moreau was born in Dijon in 1855 , died in Neuilly-sur-Seine in 1931 , is a painter naturalist and illustrator French .

Born in Dijon, Chocarne Paul Moreau entered the École des Beaux-Arts in Paris , where he was a pupil of Tony Robert-Fleury and William Bouguereau 1 . He began to show for French artists from 1882 and exhibited quite regularly from that date 1 .

Chocarne Moreau specializes in genre painting. It depicts scenes of Parisian life whose heroes are generally young boys from popular backgrounds (young apprentices-confectioners, chimney sweepers, choirboys, schoolchildren) engaging in all sorts of jokes. Witness of his time, he painted works such as On the barricade he exhibits in 1909. salon You could see in him a precursor of Norman Rockwell 1 . 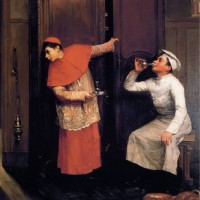 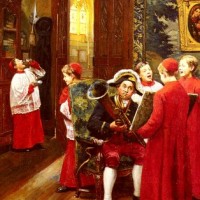 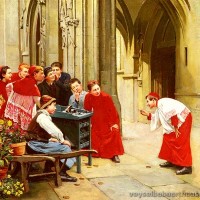 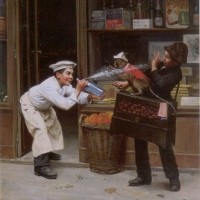 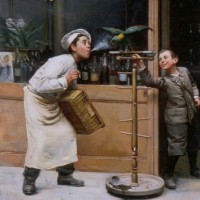 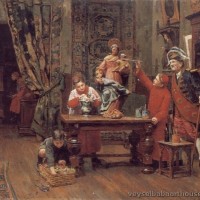 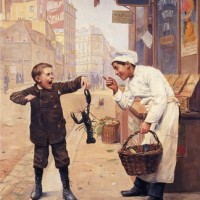 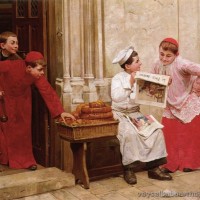 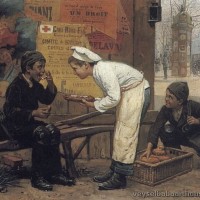 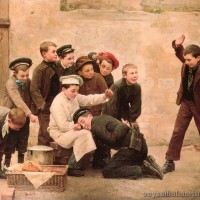 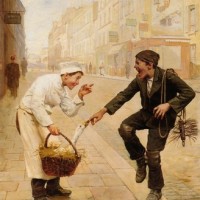