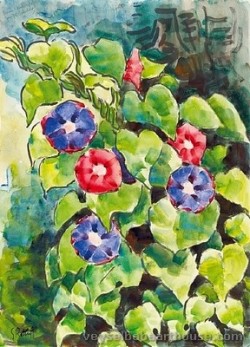 Karl Schmidt-Rottluff (Karl Schmidt until 1905; 1 December 1884 –10 August 1976) was a German expressionist painter and printmaker; he was one of the four founders of the artist group Die Brücke.

Schmidt-Rottluff was born in Rottluff, nowadays a district of Chemnitz, and was called Karl Schmidt until 1906. He attended the humanistische gymnasium (classics-oriented secondary school) in Chemnitz.[1] He began to study architecture in Dresden but gave up after a term[1] when he became one of the founders of the group Die Brücke ("The Bridge"), along with his fellow architecture students Ernst Ludwig Kirchner, Fritz Bleyl and Erich Heckel. The group was founded in Dresden on 7 June 1905, and its first exhibition opened in Leipzig in November of the same year. 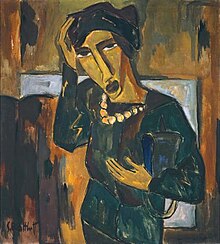 Woman with a Bag by Karl Schmidt-Rottluff (1915)

In 1906 he added "Rottluff" to his surname. He spent the summer of that year on the island of Alsen, in the company of Emil Nolde. From 1907 to 1912 he spent the summers on the coast at Dangast, near Bremen. In December 1911, he and the other members of Die Brücke moved from Dresden to Berlin.[1] The group was dissolved in 1913. He served in the army on the eastern front from 1915–18 before returning to Berlin, where he spent the rest of his life along with his wife, Emy Frisch, except for a period during the Second World War, when he returned to Rottluff following the destruction of his studio in an air raid.[1] In 1924 the art historian Rosa Schapire who had been a long-time supporter, and sometimes model, published a catalogue of Schmidt-Rottluff's graphic works.[2]

The honours bestowed on Schmidt-Rottluff after World War I, as Expressionism was officially recognized in Germany, were taken away from him after the rise to power of the Nazis. He was expelled from the Prussian Academy of Arts in 1933, two years after his admission.[3]

In 1937, 608 of Schmidt-Rottluff's paintings were seized from museums by the Nazis and several of them shown in exhibitions of "degenerate art" ("Entartete Kunst"). By 1941 he had been expelled from the painters guild and forbidden to paint.

After the war, in 1947, Schmidt-Rottluff was appointed professor at the University of Arts in Berlin-Charlottenburg, through which he again exercised an important influence on a new generation of artists. An endowment made by him in 1964 provided the basis for the Brücke Museum in West Berlin, which opened in 1967 as a repository of works by members of the group.[3]

He was a prolific printmaker, with 300 woodcuts, 105 lithographs, 70 etchings, and 78 commercial prints described in Rosa Schapire's Catalogue raisonné.

In 2011, the Neue Nationalgalerie returned two paintings by Schmidt-Rottluff, a 1920 self-portrait and a 1910 landscape titled Farm in Dangast, to the heirs of Robert Graetz, a Berlin businessman who was deported by the Nazis to Poland in 1942. A German government panel, led by former constitutional judge Jutta Limbach, had previously ruled that the loss was almost certainly a result of Nazi persecution and the paintings should be returned.[5] Schmidt Rottluff's esteemed Self Portrait with Monocle is now currently in the Staatliche Museum. 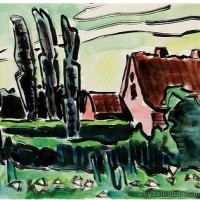 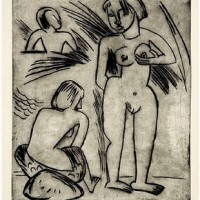 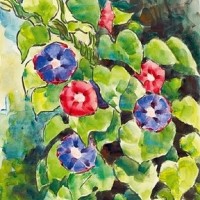 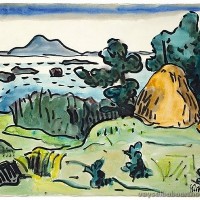 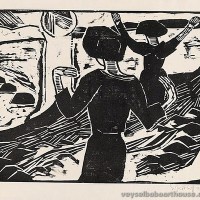 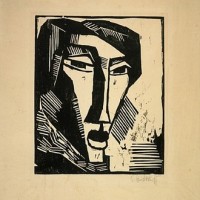 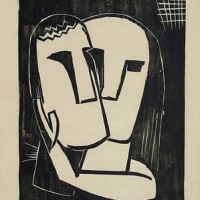 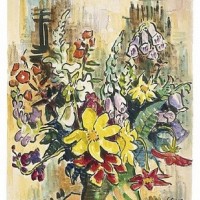 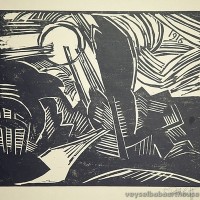