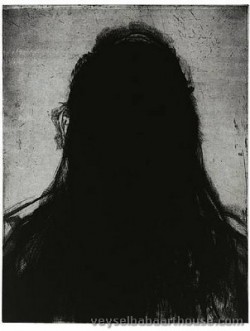 Glenn Brown (born 1966 in Hexham, Northumberland) is a British artist. He is known for the use of appropriation in his paintings. Starting with reproductions from other artists' works, Glenn Brown transforms the appropriated image by changing its colour, position, orientation, height and width relationship, mood and/or size. Despite these changes, he has occasionally been accused of plagiarism.

Brown lives and works in London and Suffolk, England. He was nominated for the Turner Prize in 2000. There was some controversy over his exhibition at Tate Britain for the Turner Prize, as one of the paintings was closely based on the science-fiction illustration "Double Star" produced in 1973 by the artist Tony Roberts.[9]

Brown appropriates images by living, working artists, such as Frank Auerbach and Georg Baselitz, as well as paintings by historical artists, such as Guido Reni, Diego Velázquez, Anthony van Dyck, Rembrandt, Jean-Honoré Fragonard, Eugène Delacroix, John Martin, Gustave Courbet, Adolph Menzel, Pierre-Auguste Renoir, Vincent van Gogh, Chaim Soutine and Salvador Dalí. He claims that the references to these artists are not direct quotations, but alterations and combinations of several works by different artists,[10] although the artists whose work is appropriated do not always agree.[11] As art critic Michael Bracewell states, Brown is "less concerned with the art-historical status of those works he appropriates than with their ability to serve his purpose – namely his epic exploration of paint and painting."[12] In most cases, the artist uses reproductions printed in exhibition catalogues, found on the internet or ordered through print-on-demand companies.[13] By scanning and changing the image with programmes like Photoshop, Brown playfully alters the image to his specific needs. He distorts, stretches, pulls, turns the image upside down and changes the colour, usually based on other found images, as well as the background setting. Describing his working practice in an interview, Brown stated: "I‘m rather like a Dr Frankenstein, constructing paintings out of the residue or dead parts of other artist‘s work. I hope to create a sense of strangeness by bringing together examples of the way the best historic and modern-day artists have depicted their personal sense of the world. I see their worlds from multiple or schizophrenic perspectives, through all their eyes. Their sources of inspiration suggest things I would never normally see – rocks floating in far-off galaxies, for example, or a bowl of flowers in an 18th-century room, or a child in a fancy-dress costume. It‘s those fictions that I take as subject matter. The scenes may have been relatively normal to Rembrandt or Fragonard but because of the passage of time and the difference in culture, to me they are fantastical."[14]

Once the composition is found, the paint is applied in the artist‘s very specific process of painting. Brown's paintings, which are uniformly smooth in surface, typically offer a trompe l'oeil illusion of turbulent, painterly application. In fact, many viewers of his work have expressed the sensation of wanting to "lick" and "touch" the paintings.[15] Brown uses thin brushes with which he produces particularly elongated curls and twists. The resulting flatness of the painting alludes to its origin as the chosen photograph or digital image. Per the artist Michael Stubbs: "Brown‘s computer-based preparation method prior to painting is [not] the sole reason for his relation with the digital. The computer increases and develops his choices of found imagery, but it is only a means, not the end. […]. On the contrary, his works are markers for the future of painting because they are both surface effect and material methodology, not despite the screen, but because of it.[16]"

A lot of his titles refer to titles of albums,[17] film titles,[18] science fiction literature,[19] or a specific dedication to a person.[20] The titles are not obviously connected to the paintings themselves and are not meant to be descriptive of the artwork. Instead they are intended to complement it. Brown: "That‘s it – the titles are often trying to be embarrassingly direct, and vulgar in their directness. I don‘t think that the painting is less direct, but I don‘t want the paintings to be illustrative."[21]

The subject matter in Glenn Brown‘s paintings ranges from his early science-fiction landscapes over abstract compositions and still lives to the figurative images based on art historical references. Most paintings share a morbid, almost creepy atmosphere, which is especially underlined by the incorporation of certain unsightly physical features of his figures such as yellowish decaying teeth,[22] translucently white blind-looking eyeballs,[23] unnatural skin colours[24] and suggestions of foulness and smell emanating from figures' bodies.[25] Brown: "I like my paintings to have one foot in the grave, as it were, and to be not quite of this world. I would like them to exist in a dream world, which I think of as being the place that they occupy, a world that is made up of the accumulation of images that we have stored in our subconscious, and that coagulate and mutate when we sleep."[26] Many of Brown‘s portraits depict amorphous beings that have been described as "tumurous lumps that look like outsized, inflamed organs".[27] Often they are ironically attributed with recurring features such as flowers growing out of their compost-like bodies,[28] hallows placed over heads[29] or red noses.[30] In few of these amorphous and abstract forms, female figures are embedded[31] within the mottling masses of unidentifiable matter.

There are fewer sculptures than paintings in Brown‘s oeuvre, but they nevertheless form a central point of his practice. Brown‘s sculptures stand in stark contrast to his flat paintings as they bare all the technical features that the paintings deny. The sculptures are created by accumulating thick layers of oil paint on acrylic and wire, stainless steel or fibreglass structures with large brushstrokes. In contrast to the flat surfaces of his paintings, the sculptures deliberately emphasize the three-dimensional quality of oil brushstrokes. They are piled up to amorphous heaps of paint with sharp-cutting edges. Brown comments on his three-dimensional use of brushstrokes as follows: "I see the sculptural brush marks as challenging the logic of paint in that they appear to defy gravity by actually staying upright. For me, they exist within a surreal world that is based on getting paint to do something it shouldn‘t do, and to sit in a three-dimensional world that it shouldn‘t be in.".[32] Furthermore, Brown modulates the sculptures by suggestively painting 'shadows' on them.[33] His sculpture "Three Wise Virgins" has additional attributes attached to it, such as red clown noses thus ironically rendering them somewhat ridiculous.

In 2008 Brown created a series of prints entitled "Layered Etchings (Portraits)" which were inspired by the artists Urs Graf, Rembrandt and Lucian Freud. Brown scanned a vast number of reproductions from books and digitally manipulated them by stretching them to standard sizes. He then layered selected scans over each other, resulting in single images for which a handful of etching plates were made. The many contour and incarnation lines of the original works (the artist used up to fifteen different image sources for one layered portrait), as well as the textured spots of lithographic printing, obscure the sitters' individual identities. The resulting half-length portraits are "de-individualised"[34] by the deliberate accumulation of too many portraits over each other.

The etchings were collated in Glenn Brown: Etchings (Portraits), published by Ridinghouse in 2009 which featured a specially commissioned text by John-Paul Stonard that discusses elements of the old and the new in the portraits as they embody concepts of destruction and the violence of appropriation.[35]

Since 2013, Glenn Brown has extensively embraced drawing. Still conceptually rooted to art historical references, he stretches, combines, distorts and layers images to create subtle yet complex line-based works. He works with Indian ink, acrylic and oil paint on a variety of papers and panels.

In 2000, Turner Prize nominee Glenn Brown was accused of plagiarism by the Times newspaper. Glenn Brown referenced a work by Anthony Roberts for a science fiction novel cover. Photographer Wolfgang Tillmans won the Turner prize that year, and a legal case brought by Roberts against Brown was settled out of court.[36]

Many of Brown’s works are based on works by other artists, from masters like Rembrandt, Fragonard, Van Gogh, Soutine and Delacroix, to contemporary artists like Chris Foss, Tony Roberts and Georg Baselitz, which are then altered in colour, tone or cropping. Appropriation (art), the operative term used in the art industry, has been employed by many artists in history, but most prominently by Andy Warhol, Roy Lichtenstein, Jeff Koons and Richard Prince. 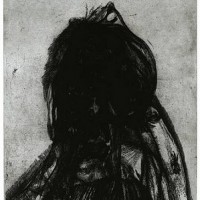 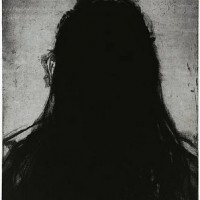 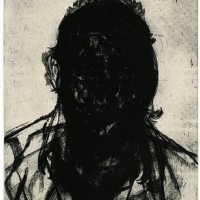 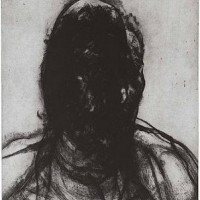 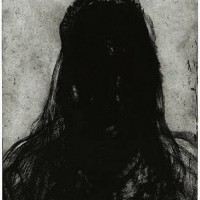 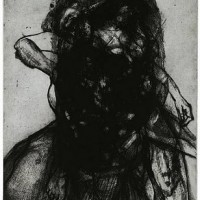 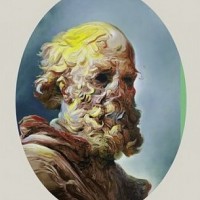 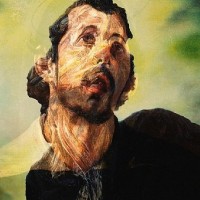 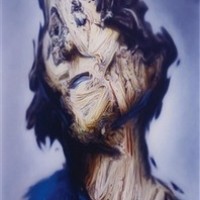