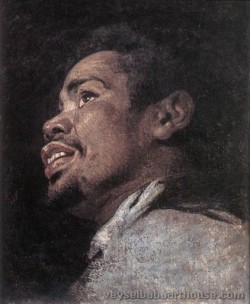 Gaspar de Crayer (also called Jasper de Crayer, Gaspard de Crayer and Caspar de Crayer) (18 November 1584 – 27 January 1669) was a Flemish painter known for his many Counter-Reformationaltarpieces and portraits. He was a court painter to the governors of the Southern Netherlands and worked in the principal cities of Flanders where he helped spread the Rubens style.

Gaspar de Crayer was born in Antwerp as the son of Gaspard de Crayer the Elder, a decorative painter, illuminator and art dealer.[3] He is believed to have studied under Raphael Coxie, the court painter of the governors of the Spanish Netherlands Albert VII, Archduke of Austria and Isabella Clara Eugenia.[4] Rather than stay in Antwerp, he looked for opportunity in the capital Brussels where he became a master in the Guild of Saint Luke in 1607. He was a dean of the Guild from 1611 to 1616 and was a member of the Brussels city council in 1626-1627.

Even while he gained a high social position in Brussels, de Crayer did not lose contact with his hometown Antwerp. He was in particular a friend and business associate of the art dealer Matthijs Musson (c. 1600–78), who was also his patron and arranged commissions for him.[2] He married Catharina Janssens on 17 February 1613.[3]

He worked in Brussels for the successive governors the Archdukes Albert and Isabellla, Cardinal-infant Ferdinand and Archduke Leopold Wilhelm. He operated a large workshop which produced portraits of members of the leading classes in Brussels as well as a large number of altarpieces for churches in Flanders and abroad including Germany and Spain. He also received in 1647 a commission from Dutch architect Jacob van Campen to assist in the decoration of Huis ten Bosch, the palace of stadtholder Frederick Henry in The Hague. In his large workshop in Brussels he trained a significant number of pupils between 1610 and 1661.[2]

He worked regularly in Ghent where he produced altarpieces and also played a leading role in the coordination of the monumental decorations for the Joyous Entry of the Cardinal-Infante in Ghent (1635).[2] He finally moved to this city, where he spent the last five years of his life.[4]

Gaspar de Crayer mainly painted portraits of the elite and Counter Reformation altarpieces for local and foreign churches. His early work is in the trend of he 16th century tradition of Antwerp artists such as Marten de Vos and Hendrik de Clerck. Typical for this style is the unnatural perspective and the crowding of long wooden figures in the foreground.[2] From 1618 he came under the influence of Rubens. The level of borrowing of motifs from Rubens suggests that he had some form of contract with the workshop of Rubens since some models he could only have seen there.[4] The influence is shown in a more monumental rendering of figures in more balanced compositions.[2] Until 1630, de Crayer followed the style of Rubens’ Classicist period. The work Mocking of Job (1619, Musée des Augustins, Toulouse) is an example of this style.

From then onwards, his work was more influenced by Anthony van Dyck, whose emotionally charged interpretation of religious subjects appealed to his sensibility.[4] His work became more dynamic in conception. He also was influenced by van Dyck’s portrait series for the ‘Iconography’ (Icones Principum Virorum), a collection of portraits of leading personalities of van Dyck’s time.

Between 1638 and 1648 de Crayer's compositions displayed a lighter tonality and his figures become softer and more sentimental in appearance.[4] This may have been under the influence of the later work of Rubens.[2] His work also showed a trace of the Venetian 16th-century masters, in particular the art of Titian and Paolo Veronese.[4] De Crayer, however, never visited Italy and he mainly knew the work through the prints of Agostino Carracci.

In the 1650s and 1660s, de Crayer's art became more emotionally loaded and more dramatic through the deployment of a relatively large number of figures at various planes within the picture space. In the last period, a lot of work is produced by his workshop surfaced and his rich and warm palette became increasingly dull.[2] 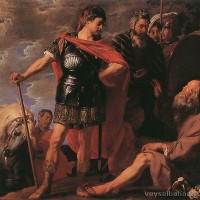 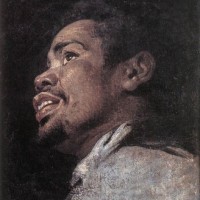 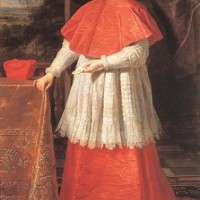 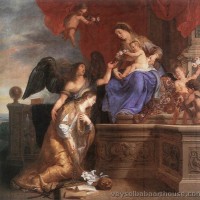