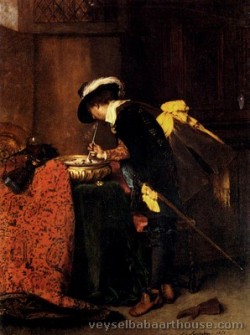 Born in Uzes a café father (or "liquor manufacturer"), who moved to Lyon in 1846 , Ferdinand Roybet first studied engraving at the National School of Fine Arts in Lyon , before coming to paris in 1863, after the death of his father, already married with a little girl, to follow the teaching of Jehan Georges Vibert .

His first years in Paris are materially very difficult. From his first years of training in Lyon, he began his apprenticeship as a painter by copying the great Flemish and Italian masters.

It begins in Salon in 1865 by two works entitled A Musician and Kitchen interior . The following year, he is successful in presenting his Fou under Henry III , dressed in red and holding two dogs on a leash. This work, acclaimed by critics and bought by the Princess Mathilde for 5000 francs , will be the beginning of a very long series of figures in costumes: troopers, musketeers, peasants and courtiers. An income of 25,000 francs annual is provided by contract with an art dealer [Which?] Through the provision of three paintings per month.

After the siege of Paris , the painter undertakes several study tours in Belgium and Algeria. The set of works painted on this occasion it was bought [by whom?] For the sum of 100,000 francs .

The virtuosity is characterized by a fast and precise touch. With its success, he moved into a mansion and spends lavishly to collect "objects  high time  ." This costly life led him quickly to severe financial difficulties and to his expulsion by his creditors.

Recognized artist, he was awarded the Legion of Honour in 1893 and counts among its customers many famous and wealthy amateurs. US billionaire Cornelius Vanderbilt pays 100,000 francs its About gallant , canvas presented at the 1893 Salon at the Palace of Industry , after a long absence motivated, it seems, by the lack of interest of the artist for Exhibitions. Gifted with a talented portraitist, he painted many contemporary in period costume and others in a more modern style: the Count de Montesquiou , Mrs. Raymond Poincaré , the general Gallieni , Miss Juana Romani .

Its abundant production reflects the taste of its clientele for the then anecdotal historical subjects.

At the end of his life, he addresses religious issues, including a series of 22 paintings depicting the Passion of Christ , which will be exhibited after his death in 1921 Salon.

Since 1927, Roybet has its own museum, the museum Roybet Fould , created by Consuelo Fould , painter and granddaughter of the Finance Minister of Napoleon III . Based in Courbevoie , this museum has a collection of works by Roybet, bequeathed by the founder. 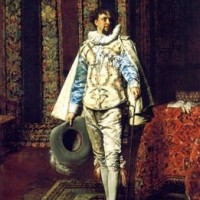 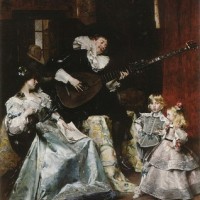 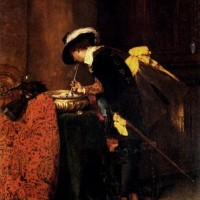 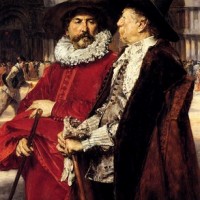 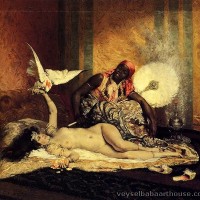 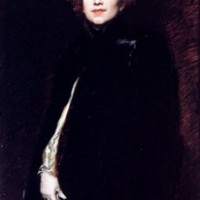 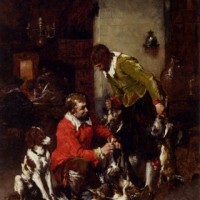 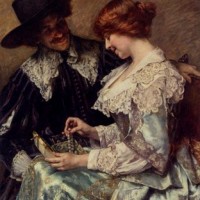 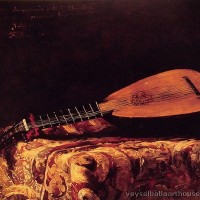