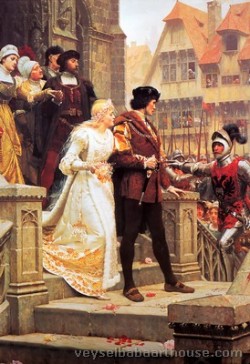 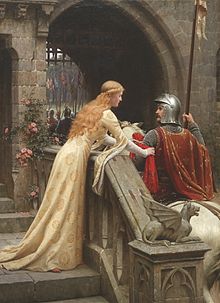 Leighton was the son of the artist Charles Blair Leighton. He was educated at University College School, before becoming a student at the Royal Academy Schools. He married Katherine Nash in 1885 and they went on to have a son and daughter. He exhibited annually at the Royal Academy from 1878 to 1920.

Leighton was a fastidious craftsman, producing highly finished, decorative pictures, displaying romanticized scenes with a popular appeal. It would appear that he left no diaries, and though he exhibited at the Royal Academy for over forty years, he was never an Academician or an Associate.

The following obituary of Leighton is taken from a magazine[citation needed] published early in 1923. It is one of several publications to have given the year of birth as 1853 instead of the correct date of 1852, which error is in the process of being corrected in newer publications.[1]

The death of Mr Edmund Blair Leighton, on September 1, removed from our midst a painter who, though he did not attain to the higher flights of art, yet played a distinguished part in aiding the public mind to an appreciation of the romance attaching to antiquity, and to a realisation of the fellowship of mankind throughout the ages.

Mr Blair Leighton was born in London, on September 1, 1853, his father being that Charles Blair Leighton, portrait and subject painter, whose exhibits at the Royal Academy and other London galleries covered the period between 1843 and 1855. The son was educated at University College School, before taking a position in an office in the city but entered the Royal Academy Schools after a course of evening study at South Kensington and Heatherley's. 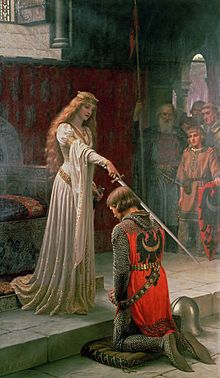 He commenced exhibiting in 1874, and succeeded, four years later, in securing the verdict of the Hanging Committee of the Royal Academy in favour of two works, entitled respectively ‘Witness My Act and Seal,’ and ‘A Flaw in the Title.’ Since then his highly wrought style was regularly represented at Burlington House until two years prior to his decease. Among the better known of his pictures, many of which were published, may be named ‘The Dying Copernicus (1880), To Arms (1888), Lay thy sweet hand in mine and trust in me ( 1891), Lady Godiva (1892), Two Strings (1893), Launched in Life (1894), The Accolade (1901), Tristan and Isolde (1907), The Dedication (1908), The Shadow (1909), ‘To the Unknown Land (1911),’ and ‘The Boyhood of Alfred The Great,’ 1913. For the past dozen years or so, Mr E Blair Leighton had been a member of the Royal Institute of Oil Painters. He had married in 1885, Miss Katherine Nash, by whom he had, with a daughter, one son, Mr E J Blair Leighton, who has also adopted painting as a profession. 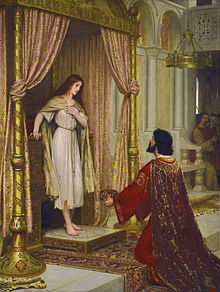 The King and the Beggar-maid 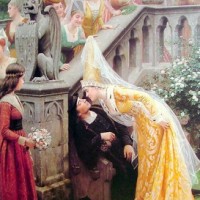 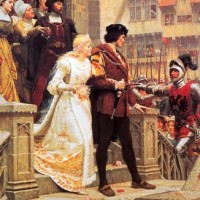 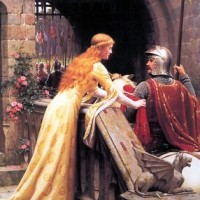 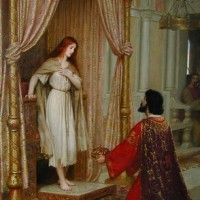 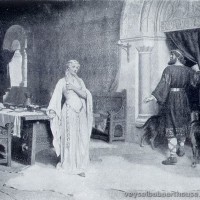 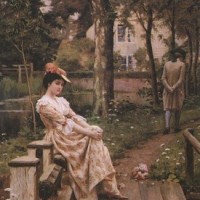 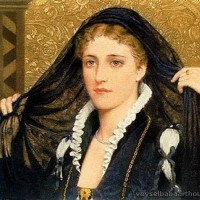 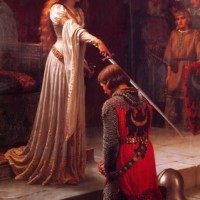 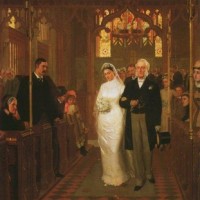 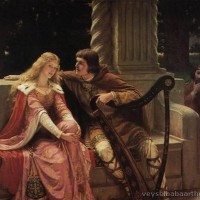 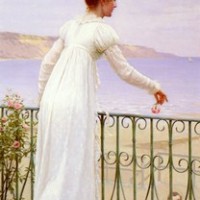 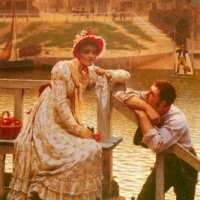 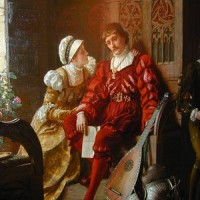 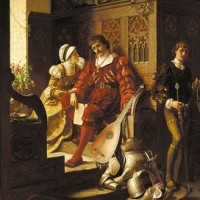 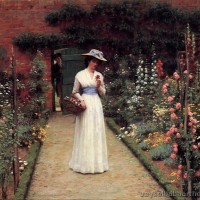 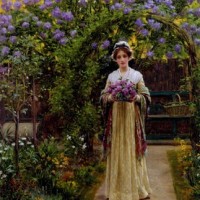 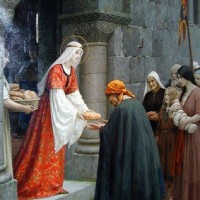 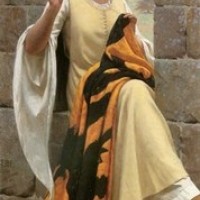