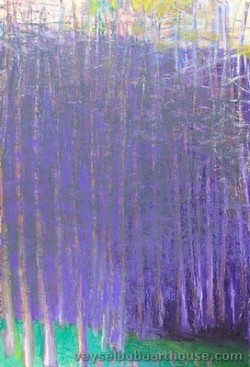 Kahn, known for his combination of Realism and Color Field, works in pastel and oil paint. He studied under Hans Hofmann,[1] and also graduated from the University of Chicago.[2] Kahn is a resident of both New York City and, during the summer and autumn, West Brattleboro, Vermont.

Wolf Kahn was born in Stuttgart, Germany in 1927. He was the fourth child of Emil (b. November 10, 1896, d. January 25, 1985) and Nellie Budge Kahn. Kahn's father was a notable figure in the music world. He was musician, composer, conductor and teacher. In 1933, Kahn's father lost his appointment with the Stuttgart Philharmonic Orchestra when Hitler came to power and with increasing antisemitism sweeping Germany, he and his second wife left Germany with Kahn's three siblings for the United States. Wolf was sent to live with his grandmother, Anna Kahn in Frankfurt, Germany at the age of three. He states that he began drawing at the age of 4.[3] In 1937, the summer of his eleventh birthday, his grandmother signed him up for private art lessons with Miss von Joeden. He drew every day and was inspired by military pageantry, Napoleonic Wars and prominent historical figures including Adolph Menzel and Frederick the Great. In 1939, when Kahn was twelve years old, his grandmother arranged for him to leave Germany for England to live with a host family, first with the John Wade family and then with the Purvis Family. As quotas for immigrant applications in the United States changed, Kahn was able to reunite with his family in New York city in 1940 at the age of thirteen.

Kahn met a young artist named Emily Mason in 1956. They married one year later. Mason is also a painter. She is represented by Ameringer|McEnery|Yohe in New York City and LewAllen Galleries in Santa Fe, NM. They have two daughters, Cecily and Melany.

In 1942, Kahn was accepted for his sophomore year at the High School of Music and Art in New York City. His drawings morphed into caricatures. Kahn cites David Low and Thomas Nast as favorite cartoonists.[4] His first job was graphics editor of the school newspaper, The Overtone. He graduated in 1945. After a year in the Navy after high school, Kahn first attended the New School to study painting under Stuart Davis. With the aid of the GI Bill, he was able to continue his studies with Abstract Expressionist Hans Hofmann at the Hans Hofmann School.[5] He became Hofmann’s studio assistant by the summer of 1947 at Hofmann's Provincetown, Massachusetts studio. In 1949, Kahn was accepted into the University of Chicago's Hutchins Program, where he completed a bachelor's degree in 8 months.

Wolf Kahn works in oil [1] and pastel [2]. His works usually covers the subject of landscapes and his own personal vision of nature. His convergence of light and color has been described as combining pictorial landscapes and painterly abstraction.

The unique blend of Realism and the formal discipline of Color Field painting sets the work of Wolf Kahn apart. Kahn is an artist who embodies the synthesis of his modern abstract training with Hans Hofmann, with the palette of Matisse, Rothko's sweeping bands of color, and the atmospheric qualities of American Impressionism. It is precisely this fusion of color, spontaneity and representation that has produced such a rich and expressive body of work.

Surrounded from birth by the work of such artists as Hans Thoma, Carl Spitzweg, Wilhelm Trubner, Franz Winterhalter,by Edwardian furniture, books and bronzes of Schiller and Goethe, it is no wonder that Kahn started drawing at a very young age. While at the University of Chicago, he became interested in philosophy, particularly the writings of Immanuel Kant while making sketches of sailboats riding anchor on Lake Michigan.

Kahn loved the visual effects of Maine's coastline. In the late 1960s after a number of vacations on Deer Isle, Maine, the foggy conditions ultimately led to a significant shift in Kahn's painting. Years of monochromatic work concentrated on varying tonalities finally gave way to intense color. Kahn recalled later, "I began to let the color come through on my canvases...my pastels were always intense, and finally my painting caught up with them."[6]

Kahn's very first exhibition was a group show titled, New Provincetown '47, curated by Clement Greenberg at the Seligmann Gallery on 57th Street in New York.[7] The next exhibition would be self-organized by Kahn titled 813 Broadway in 1951. This was followed by a group exhibition in the fall of 1952 at the Hansa Gallery Cooperative, one of a few Hofmann student spinoffs. His first one-man solo exhibition would follow in 1953, also at Hansa Gallery, after a summer trip to Louisiana where he visited his art professor brother, Peter. A real break came after living and painting in Tepoztlan, Mexico in a studio space afforded by Mrs. Norman. Kahn returned to New York City with an offer to join Grace Borgenicht Gallery in 1955. Her gallery had been in existence on 57th Street since May 1951. In 1960, Kahn accepted a position as visiting professor at the University of California, Berkeley. Around this same time, his work was included in a major exhibition at the Whitney Museum of American Art titled Young America 1960: 30 Painters under 36.

Wolf Kahn has received a number of awards including a Fulbright Scholarship in 1962, a John Simon Guggenheim Fellowship in 1966, and an Award in Art from the American Academy of Arts and Letters in 1979.[8] Kahn received Lifetime Achievement Awards from the Vermont Council on the Arts 1998 and the National Academy in 2006. He received the University of Chicago Outstanding Alumni Professional Achievement Award in 2012 and the US State Department awarded him the International Medal of Art in 2017 [4]. He has honorary doctorates from Wheaton College [5], 2000 and Union College [6], 2002.

Wolf Kahn became a member of the National Academy of Design in 1980 and the American Academy of Arts and Letters in 1984. He is currently on the Board of Trustees for Marlboro College, in Marlboro, VT, and is an honorary trustee at the Brattleboro Museum in Brattleboro, VT.

In 2005 the Smithsonian Art Collectors Program commissioned Kahn to produce a print to benefit the cultural and educational programs of the Smithsonian Associates. The screen print, entitled Aura, hangs in the Graphic Eloquence exhibit in the S. Dillon Ripley Center in the National Mall. 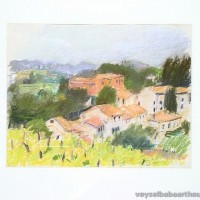 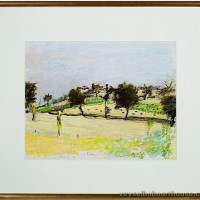 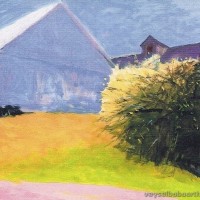 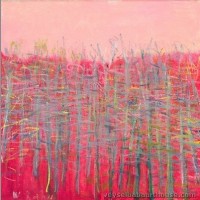 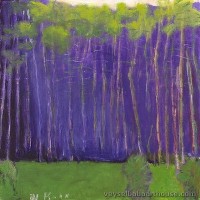 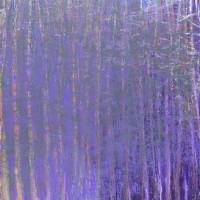 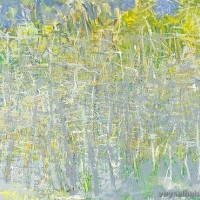 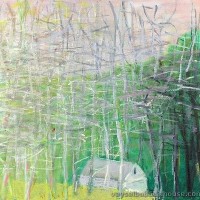 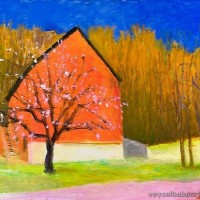