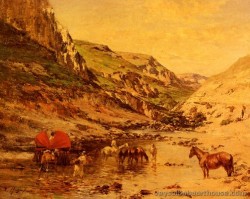 Landscape and genre painter, he was a pupil of Emile Loubon in Marseille and received advice from Fromentin in Paris.
In 1852, aged 17, he traveled to Egypt, then in the Crimea where he accompanied Durand-Brager before the siege of Sebastopol.
He was profoundly influenced by the landscapes he passes through and that will influence his inspiration to Orientalism, where he soon made a name.
Discovering Algeria a few years later, he will draw from many sources of inspiration.
He exhibited at the Salons de Marseille and Paris in 1859 and the Salon of French Orientalist Painters at its inception in 1893.
"Door to Biskra, Fountain Candle, The Bathing of horses, Caravan crossing the ford." It is among the leading Orientalist artists of Provence. 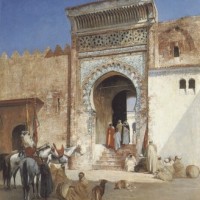 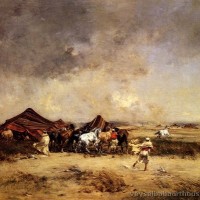 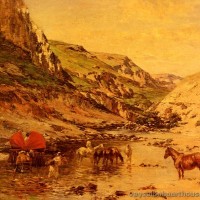 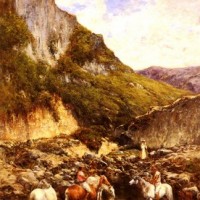