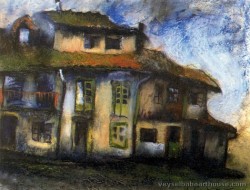 Vicente Colom was born in Valencia, Spain, in 1941, and at the early age of 14 he started working at a printing house founded in 1887 by Luis Farinetti and later run by Ernesto Furió. At the time Colom began working there, engravings were produced by cutting directly into steel plates with a burin. This activity, which he pursued for over a decade, would eventually serve as the catalyst for his interest in and admiration for the great painter-engravers, such as Rembrandt, Goya, and Dürer, all of whom he acknowledges as influences on his art. During this period, he also began studying at the Escuela de Bellas Artes de San Carlos and continued there until 1965. That year, he went to Paris, where he remained for three years, returning to Spain only after the revolutionary events of May 1968. In Paris, he supported himself by teaching Yoga at the Indian Cultural Center and working as an engraver. It was in Paris that Colom began moving definitively in the direction of pen and ink drawing as his medium of choice. His many visits to the Musée Guimet (Musée National des Arts Asiatiques), whose collections include important examples of traditional Chinese painting, strengthened his resolve to achieve maximum effects and volumes through the cultivation of black and white, chiaroscuro, and draftsmanship.

In 1969, he met Federico Roble, the director of Galería Fortuny in Madrid, who introduced him into the leading artistic circles of the time. One year before his arrival, an exhibition entitled "Antes del Arte" ("Before Art") had been held in the Galer&oicute;a Eurocasa and would later be held at the Galería As in Barcelona. The exhibition's objective, according to the theoretician of the Antes del Arte group, Vicente Aguilera Cerni, was "to trace the path that runs from science to art." Similar experiments were conducted in the same line of investigation, such as those organized by the Computing Center of the Universidad de Madrid; meanwhile, the heterogeneous reaction of the "Nueva Generación" ("New Generation") in opposition to the poetics of informalism, as expressed by Juan Antonio Aguirre in his book Arte último (The Latest Art, 1969), had begun assert itself.

In 1972, Colom shared a studio in Madrid with Vicente Peris, where he remained until 1974, when he met Pamela Shuts, a North American dancer, in Munich. Shuts became the inspiration for his series on movement and the human form with street musicians, street vendors, and, above all, dancers. In 1975, he became friends with Raúl Chavarri, who supported and oriented him on his artistic path. In the late 1970s, Colom combined oil painting and wax painting (nudes and landscapes executed in an expressionistic style) with pen and ink drawing. In these drawings, certain areas of the composition were generally filled with an accumulation of contours and masses while other areas were left empty. Scarecrows, melancholy trousers and jackets, hammocks, and harlequins were among his favorite themes. Objects seemed to float in a desolate, non-existent atmosphere, conveying a sense of disquietude and turmoil. Chavarri described Colom's work as an "oasis of magical or fantastic realism" in the style of Franz Rohe, and as a "generator of images capable of evoking the unreal, the imaginable, and of constituting an outpost of thought and emotion beyond the limits of the mind itself."

Vicente Colom always remained independent of artistic trends that promoted a kind of realism of the commonplace, such as the hyperrealism imported from Great Britain and the United States; he also showed little interest in pop art or socio-political criticism. Without a doubt, Colom's determination to retain his artistic independence has been one of the reasons for his decision to combine his artistic career with that of an interior designer and antique dealer. For Colom, interior design is a collage, a game of combination and of eclectic admixtures, whereas drawing affords him the opportunity to explore the more controlled and rational side of creation. Colom draws from life; his medium is the pen. 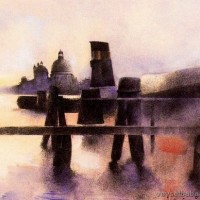 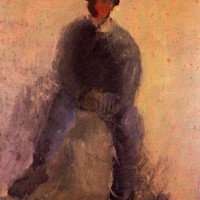 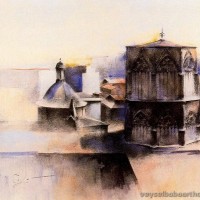 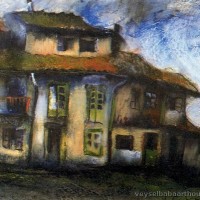 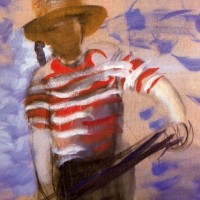 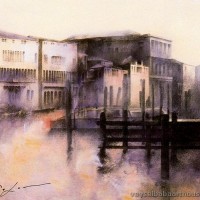 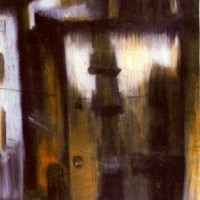 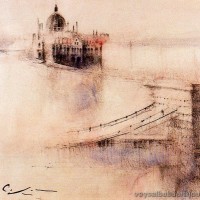 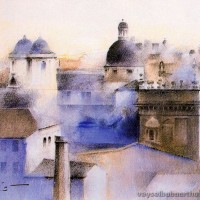 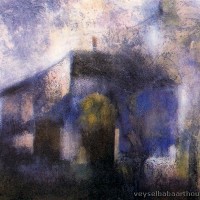 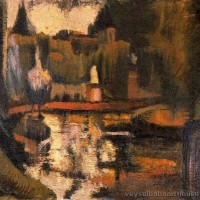 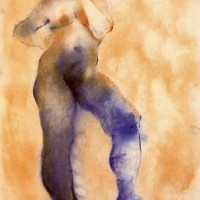 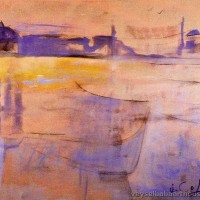 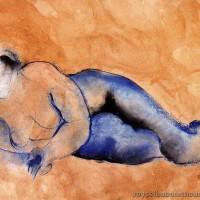 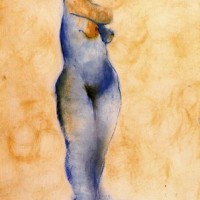 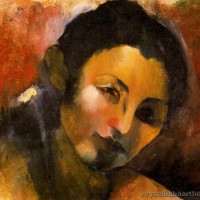 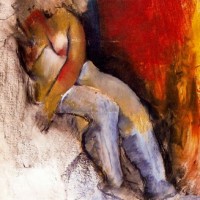 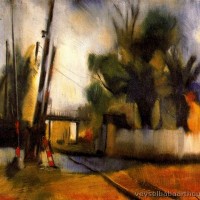 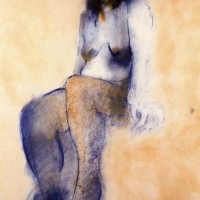