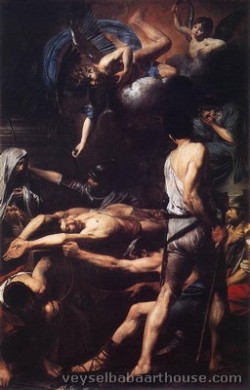 Valentin was born in Coulommiers, France, where he was baptised in the parish of Saint-Denys on 3 January 1591, making 1590 his likely year of birth. The family name, also spelled Boullogne and Boulongne, appears to originate from Boulogne-sur-Mer, a city in northern France in the colony of Pas-de-Calais, though the family had dwelt at Coulommiers since at least 1489. His father, also named Valentin, and his uncle Jean were both painters.

It can be presumed that Valentin would have first started painting in his father's studio prior to moving to Paris or Fontainebleau, and before leaving for Italy. The first specific mention of Valentin's being in Italy is in the stati d'anime for 1620, when he was living in the parish of Santa Maria del Popolo. Prior to that date his whereabouts and activities are unknown.

While studying in Italy under Simon Vouet, Valentin was under the influence of Michelangelo Merisi da Caravaggio and Bartolomeo Manfredi. 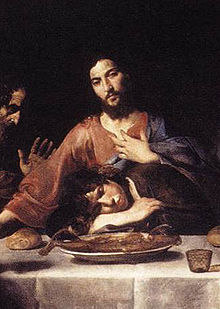 bold, naturalistic style, which emphasized the common humanity of the apostles and martyrs, flattered the aspirations of the Counter-Reformation Church, while his vivid chiaroscuro enhanced both three-dimensionality and drama, as well as evoking the mystery of the faith." Caravaggio "followed a militantly realist agenda, rejecting both Mannerism and the classicizing naturalism" and "in the first 30 years of the 17th century his naturalistic ambitions and revolutionary artistic procedures attracted a large following from all over Europe.[3]

Manfredi, also an Italian painter, was known throughout Italy and beyond as Caravaggio's closest follower. In the dramatically lit canvases of his later period Manfredi adopted a common theme from Caravaggio—the tavern scene featuring ordinary people, even religious subjects, whose figures are depicted close to the surface of the picture to involve the viewer in the action.

While Caravaggio and Manfredi may have influenced the style and themes that would become common in Valentin's work, Valentin would study under the aforementioned Simon Vouet, like Valentin a Frenchman. In his time, Vouet was considered a leading French painter. Vouet's earliest works exhibit the influence of Caravaggio, and deploy dramatic contrasts of light with a restricted palette of blacks, browns and whites.

Valentin had success with a type of composition invented by Caravaggio in which fortune tellers, drinkers, or gamblers are grouped around a table. Valentin himself was fond of carousing and fine wine. His surviving body of work is made up of around seventy-five paintings. Valentin's genius shows in the subtleness of psychological expression and interplay among his characters, as well as in the refinement and finesse of his painting technique.

Valentin's painting Fortune Teller with Soldiers depicts a group of young soldiers, one of whom is mesmerized by the fortune teller who is reading his palm. Behind the gypsy a shadowy figure looks at the viewer with his finger to his lips in a conspiratorial gesture as he steals the fortune teller's purse from her pocket. A small child is seen returning the favor by picking his pockets. While one person's fortune is told, another's is being stolen; and one thief falls victim to another.

Valentin de Boulogne is said to have died after bathing in the freezing cold waters of the Fontana del Tritone on Piazza Barberini, after having drunk too much. 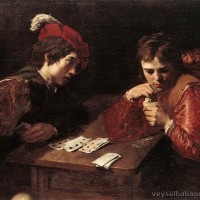 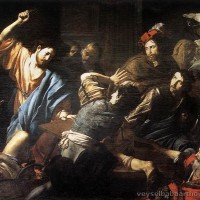 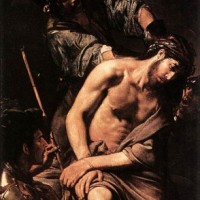 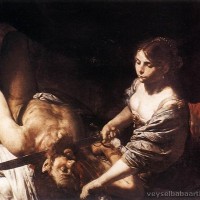 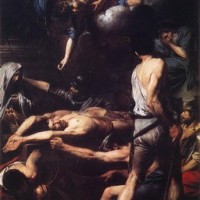 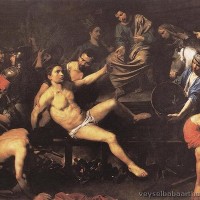 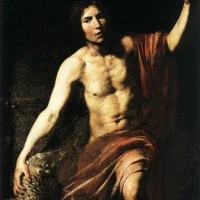 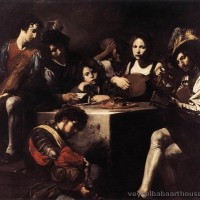 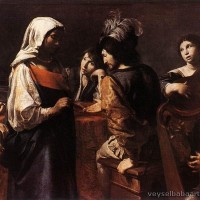 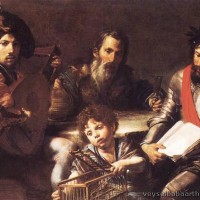 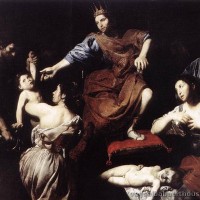 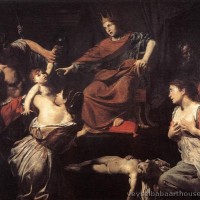