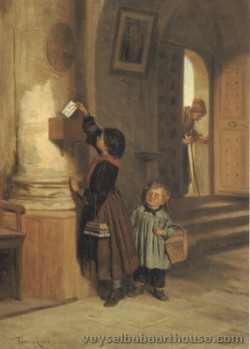 Théophile Emmanuel Duverger was a French painter who was born in Bordeaux on 17 March 1821 and died at an uncertain date between 1886 and 1901.[1] He was the stepfather of painter André-Henri Dargelas.

Duverger was a self-taught painter who learned by observing nature and the works of great painters. He was an exhibitor at the Paris Salon from 1846 and showed portraits of women. Subsequently he dealt primarily genre scenes. He received a third class medal at the Salon of 1861, with a reminder in 1863. He won another medal in 1865.

His painting The worker and his children (Fr. Le laboureur et ses enfants) was bought by the State in 1865 for the Musée du Luxembourg in Paris and now in the collection of the Musée d'Orsay. 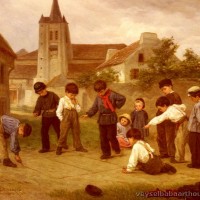 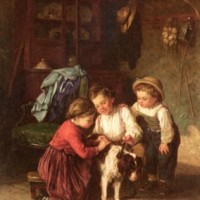 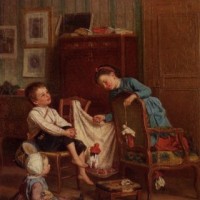 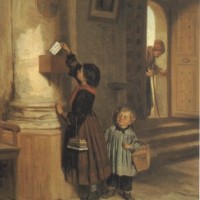