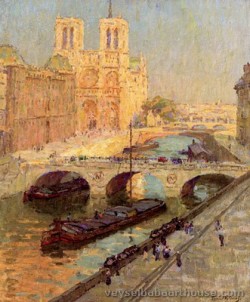 John Terrick Williams RA (20 July 1860 – 20 July 1936), better known as Terrick Williams was a British painter who was a member of the Royal Academy. During his lifetime, Williams became one of the most successful painters in London.[citation needed]

Williams was born on 20 July 1860 in Liverpool, England, the son of a businessman. He was educated at Kings College School, London and was expected by his father to continue in the family business. However, his determination to become an artist saw him move to Europe and study under Charles Verlat in Antwerp and later at the Académie Julian and Jean-Joseph Benjamin-Constant, William-Adolphe Bouguereau and Tony Robert-Fleury in Paris.

Williams focussed on landscape and marine subjects and painted in oil, pastel and watercolour. He travelled extensively and his impressionistic, luminous paintings sought the transient effects of light and reflections in Venice, St. Tropez, Paris, Brittany and St. Ives. 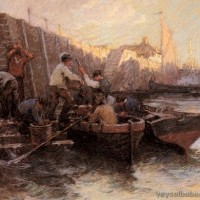 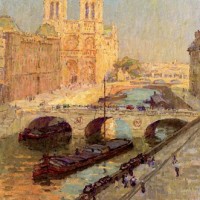 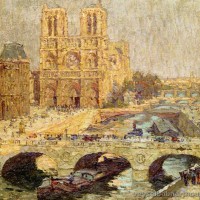 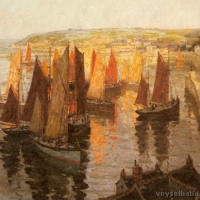