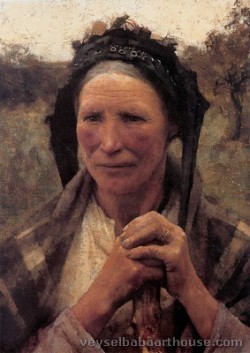 Sir George Clausen RA (18 April 1852 – 22 November 1944), was an English artist working in oil and watercolour, etching, mezzotint, dry point and occasionally lithographs. He was knighted in 1927.[1]

George Clausen was born in London on 18 April 1852, the son of a decorative artist of Danish descent. From 1867 to 1873, he attended the design classes at the South Kensington Schools in London with great success. He then worked in the studio of Edwin Long RA, and subsequently in Paris under Bouguereau and Tony Robert-Fleury at the Académie Julian.[2] [3] He was an admirer of the naturalism of the painter Jules Bastien-Lepage about whom he wrote in 1888 and 1892.

Clausen became one of the foremost modern painters of landscape and of peasant life, influenced to a certain extent by the Impressionists, with whom he shared the view that light is the real subject of landscape art.[4] His pictures excel in rendering the appearance of things under flecking outdoor sunlight, or in the shady shelter of a barn or stable. His Girl at the Gate was acquired by the Chantrey Trustees and is now at the Tate Gallery. [3][5]

Clausen was a founding member of the New English Art Club in 1886. In 1895 he was elected an Associate of the Royal Academy, and a full Academician in 1906.[6] As Professor of Painting at the Royal Academy he gave a memorable series of lectures to the students of the Schools, published as Six Lectures on Painting (1904) and Aims and Ideals in Art (1906).[3][2]

Clausen was an official war artist during World War I. During the war his daughter's fiancé was killed; this event may have inspired his painting, Youth Mourning which shows a distressed young women mourning in a desolate landscape.[7][8] Clausen also contributed six lithographs on the theme Making Guns for the Government published print portfolio Britain's Efforts and Ideals. 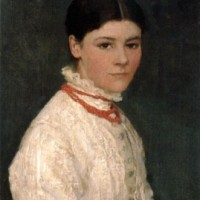 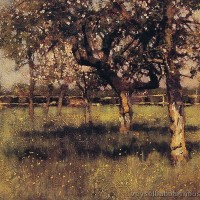 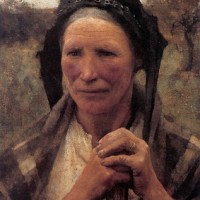 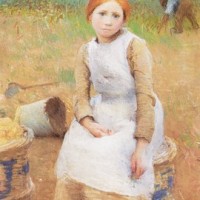 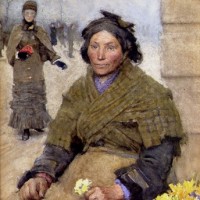 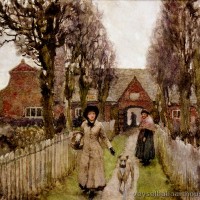 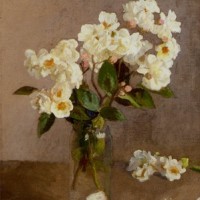 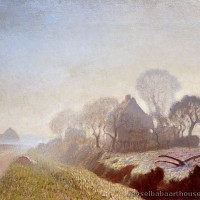 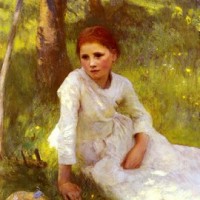 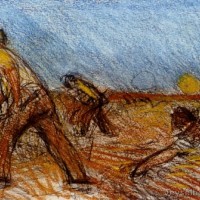 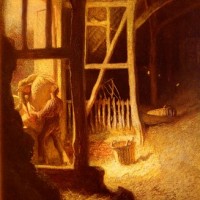 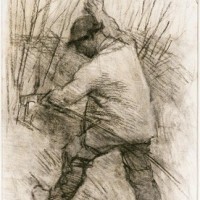 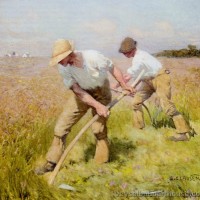 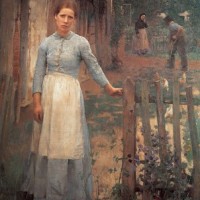 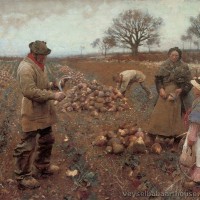 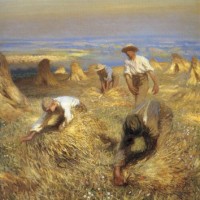 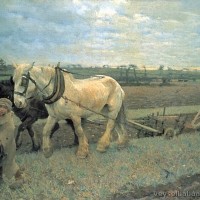 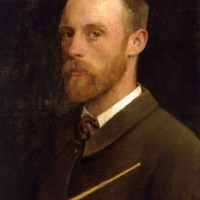