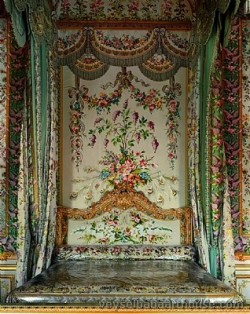 Robert Polidori (born 1951 in Montreal, Québec) is a photographer known for his architectural studies and frequent contributions to magazines and books.

Polidori was born in 1951 in Montreal, Canada, to a French Canadian mother and a Corsican father. He moved to the United States when he was ten and arrived in New York in 1969, where he got a job as an assistant to a filmmaker Jonas Mekas at the Anthology Film Archives, producing a number of avant-garde films in the early 1970s. In 1980 he received an M.A. from the State University of New York at Buffalo and subsequently turned his attention to still photography.

Polidori has been living in Paris and New York City since 1987. He is listed as a staff photographer with The New Yorker magazine and makes frequent contributions to other magazines such as Vanity Fair. In 2009 Polidori became an American citizen.

Polidori's works have been seen in many mediums, from the New Yorker to the Metropolitan Museum of Art. The high level of detail allows the viewer to question things more and more as well as still be touched by the mood of the works. Due to the nature of the modern camera lens, the analytical sense of his images comes from the pre-Renaissance and Renaissance perspectives.[2]

While much of Polidori's work is seen as straightforward architectural and urban photography, some of it has aroused controversy in blogs, especially his photographs taken in the aftermath of Hurricane Katrina. A photograph of a dead victim in his own bed is strongly criticized by New Orleans photographer William Greiner.[4] And further controversy arose in both the New Orleans press as well as a number of photo commentary blogs, when a number of his photographs of Katrina devastation were used commercially in an antismoking campaign in Brazil.[5]

Polidori has twice been awarded the Alfred Eisenstaedt Award for Magazine Photography (1999 and 2002), and won the World Press Award for his coverage of the Getty Museum's construction in 1998.

Polidori's photographs have been shown in a number of galleries, including the Edwynn Houk, Pace/McGill and Robert Miller Galleries in New York City, Martin Gropius Bau in Berlin, Flowers-East in London, several in Paris, Sundaram Tagore Gallery [1], Mary Boone Gallery [2], the Erie Art Museum [3] and many others.[citation needed] 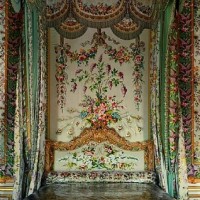 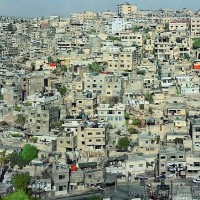 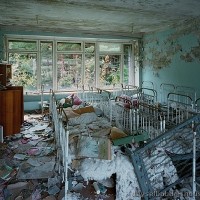 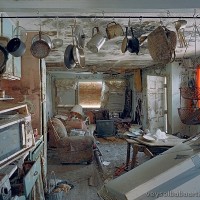 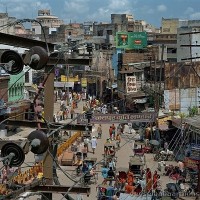 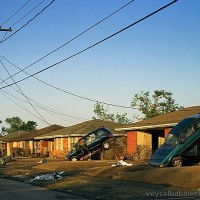 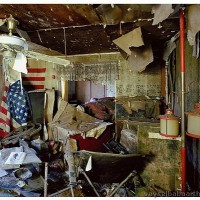 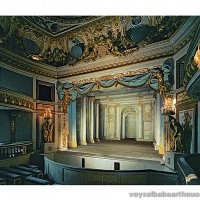 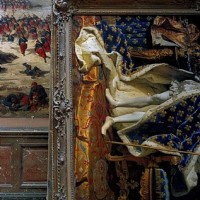