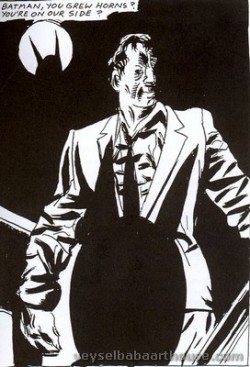 Raymond Pettibon (born Raymond Ginn on June 16, 1957) is an American artist who lives and works in New York City.[2] Pettibon came to prominence in the early 1980s in the southern California punk rock scene, creating posters and album art mainly for groups on SST Records, owned and operated by his brother, Greg Ginn. He has since gone on to international acclaim, earning several awards and exhibiting in major galleries and museums.

The fourth of five children born to R. C. K. Ginn, an English teacher who published several spy novels;[3] his mother was a housewife.[4]Pettibon grew up in Hermosa Beach, California.[5] He was raised Christian Scientist.[2] He earned an economics degree from UCLA in 1977[3] and worked as a high school mathematics teacher in the L.A. public school system for a short period, before pursuing and completing his BFA in 1977.[6]

In 1977, his brother, guitarist/songwriter Greg Ginn, founded the influential punk rock band Black Flag. Initially, Pettibon had been a bass player in the group when it was known by the name Panic. When the band discovered that another band called Panic existed, Pettibon suggested the name Black Flag and designed their distinctive "four bars" logo.[7] Around the same time, Pettibon adopted his new surname, from the nickname petit bon (good little one) given to him by his father.[8] Pettibon’s artwork appeared on fliers, album covers and gift items (T-shirts, stickers and skateboards) for Black Flag through the early 1980s, and he became well known in the Los Angeles punk rock scene.[9]

Known for his comic-like drawings with disturbing, ironic or ambiguous text, Pettibon's subject matter is sometimes violent and anti-authoritarian. From the late 1970s through the mid-1980s, he was closely associated with the punk rock band Black Flag and the record label SST Records, both founded by his older brother Greg Ginn. In addition, Pettibon has designed the cover of the 1991 Sonic Youth album Goo; bassist Kim Gordon had been a longtime admirer of Pettibon's art and written about him for Artforum in the 1980s.[3]Beginning in the mid-1980s, he became a well-known figure in the contemporary art scene.

Pettibon works primarily with India ink on paper and many of his early drawings are black and white, although he sometimes introduces color through the use of pencil, watercolor, collage, gouache or acrylic paint. He has stated that his interest in this technique is a result of the influence of artists such as William Blake and Goya, and the style of political editorial cartoons.[13] His drawings come out by the hundreds. He started to publish them as limited-edition photocopied booklets in 1978. These booklets, which he continues to produce as "Superflux Pubs," are considered "the sum of his ideas and aesthetics".[3] Pettibon started working in collage in the mid-80s with simple newsprint elements collaged onto black and white images.[14] In his new works, the artist again uses the means of collage.[15]

In addition to his works on paper, Pettibon has also made animations from his drawings, live action films from his own scripts, unique artist’s books, fanzines, prints, and large permanent wall drawings that often include an arrangement of his own works on paper almost creating an installation of collage. In the early 1990s, fellow artist Mike Kelley played guitar on an album of songs that Pettibon recorded for the independent label Blast First out of New York and London.[3] He is now the lead singer of the Niche Makers, a band based in Venice, California.[17]

Pettibon's artwork inspired the music video for the 2011 song "Monarchy of Roses" by Red Hot Chili Peppers. Pettibon is also mentioned in the song's lyrics.

In June 2013, a new documentary series, The Art of Punk was released on YouTube. The first episode features the art of Black Flag and Pettibon.[18]

Pettibon began exhibiting his work in group shows in galleries in the 1980s. In 1992, Pettibon was invited to participate in Helter Skelter: L.A. Art in the 1990s, curated by Paul Schimmel at the Museum of Contemporary Art, Los Angeles (MOCA).

In 1993, Pettibon was included in the Whitney Biennial. By the mid-90s, Pettibon had exhibited extensively, including exhibitions at the Museum of Modern Art, New York; the Museum of Contemporary Art, Los Angeles (MOCA); Kunsthaus Zurich; White Columns, New York. In the late 90s, Pettibon to exhibited internationally including shows at the Tramway (arts centre) in Glasgow, Scotland, the Hammer Museum, Los Angeles and the 1997 Whitney Biennial.

In 2007, Dominic Molon of the Museum of Contemporary Art, Chicago organized an exhibition titled, Sympathy for the Devil: Art and Rock and Roll since 1967, and included a selection of Pettibon’s original drawings from Black Flag concert flyers and album covers.

In 2008, Pettibon participated in the California Biennial, organized by Lauri Firstenberg, which featured one of his works as a large billboard on the Sunset strip in Los Angeles. In 2010, Pettibon participated in the Liverpool Biennial curated by Lorenzo Fusi. In 2011, Rizzoli released a comprehensive monograph, edited by Ralph Rugoff, the most comprehensive publication of Pettibon’s works to date.

Barry Blinderman gave Pettibon his first solo exhibition at the Semaphore Gallery in New York in 1986.[19] In 1995, he had his first major solo exhibition at David Zwirner Gallery. By the mid-1990s he had his first solo museum exhibition at the Kunsthalle Bern in Switzerland, which traveled to Paris. In 1998, a self-titled show opened at the Renaissance Society in Chicago, and traveled to the Drawing Center in New York; the Philadelphia Museum of Art; and the Museum of Contemporary Art, Los Angeles. In 2002, he had a solo exhibition, Raymond Pettibon Plots Laid Thick, organized by Museu D’art Contemporani de Barcelona (MACBA), which traveled to Tokyo Opera City Art Gallery, Tokyo and GEM, Museum Voor Actuele Kunst, The Hague, The Netherlands.

In 2006, Pettibon had a major solo survey exhibition at the Centro de Arte Contemporaneo de Malaga, Spain that traveled to the kestnergesellschaft in Hannover, Germany. A comprehensive catalogue was produced on the occasion of both exhibitions. In 2007, Pettibon participated in the Venice Biennial, Think with the Senses – Feel with the Mind: Art in the Present Tense, curated by Robert Storr for which he created a unique wall drawing installation.

Raymond Pettibon is the recipient of numerous awards and prizes. In 1991, he was awarded the Louis Comfort Tiffany Foundation Award for which a catalog was produced. In 2001, the Museum Ludwig named Pettibon the winner of its Wolfgang Hahn Prize. In 2003, Pettibon was awarded the Grand Prize of Honor for his participation in the 25th Biennial of Graphic Arts, Ljubljana, Slovenia. For the 2004 Whitney Biennial, Pettibon was invited to create an installation of drawings for the exhibition. He was awarded the Bucksbaum Award for his installation, the world’s largest award given to an individual artist.[20] (The Bucksbaum Award is awarded every two years and is always given to an artist whose work is displayed in that year’s Whitney Biennial.) As part of the honor, the Whitney Museum organized a solo exhibition that opened in the Fall of 2005, featuring new works and published an artist’s book for the occasion. Most recently, Pettibon was awarded the University of Vienna's Oscar Kokoschka Prize for 2010. Established by the Austrian government in 1980, following the painter’s death, the Kokoschka Prize is awarded to a contemporary artist every two years.

The artist is represented by Regen Projects, Los Angeles and David Zwirner, New York. He regularly shows with Contemporary Fine Arts, Berlin and Sadie Coles HQ, London. In 2011, on the occasion of Ben Stiller and David Zwirner’s Artists For Haiti charity auction at Christie's, Pettibon's No Title (But the sand), sold for $820,000.[21] 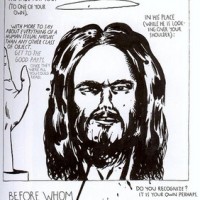 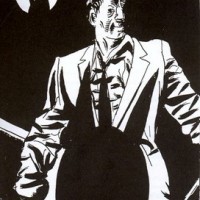 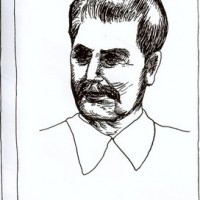 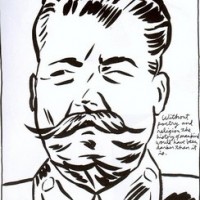 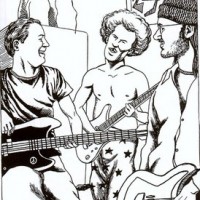 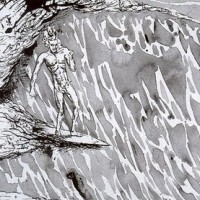 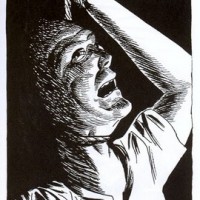 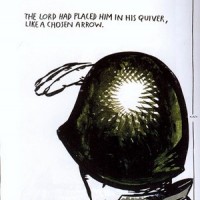 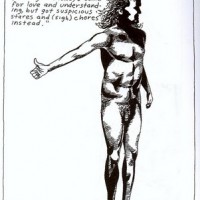