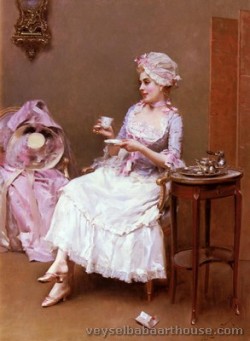 Raimundo de Madrazo y Garreta (24 July 1841, Rome - 15 September 1920, Versailles) was a Spanish painter from the Madrazo family of artists who worked in the Realistic style; although his later work shows signs of Rococo and Japanese influence. He was known primarily for his portraits. His grandfather was José de Madrazo, his father was the portrait painter, Federico de Madrazo and his brother was Ricardo de Madrazo.

His first lessons came from his father and grandfather. Later, he attended the Real Academia de Bellas Artes de San Fernando, where he studied with Carlos Luis de Ribera and Carlos de Haes. He settled in Madrid and completed his education with a visit to Paris in 1860; taking lessons from Léon Cogniet and coming under the influence of his friend, Alfred Stevens.[1]

He had his first exhibition that same year and often visited New York to sell his paintings. Among his clients there were the Vanderbilt family and Alexander Turney Stewart.[2] He rarely had exhibitions in Spain. In 1882 he, Stevens, Giuseppe de Nittis and Georges Petit established an "International Painting Exhibition" to promote foreign artists living in Paris.[2]

He was a frequent exhibitor at the Paris Salon, won a major medal at the Exposition Universelle (1889)[1] and was a regular at the salon of Madeleine Lemaire. Most of his female portraits feature a model named Aline Masson, the daughter of the doorman at the Paris residence of the Marqués de Casa Riera.[3]

After 1862, he lived in Paris for much of his life. In the late 1860s, he spent some time in Rome with his brother, working in the studios of Marià Fortuny, who had married their sister Cecilia. During the Franco-Prussian War, he lived in Granada. His wife died during childbirth in 1874, the same year as his brother-in-law, Fortuny.

In 1894, he donated a collection of works by Francisco de Goya that he had acquired in 1869 to the Museo del Prado.[1] In 1914, he moved to Versailles, where he died six years later. His son, Federico de Madrazo y Ochoa (known as "Coco") also became a 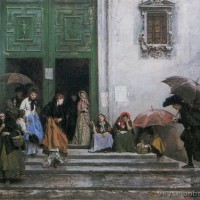 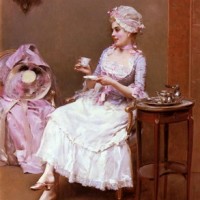 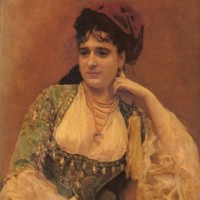 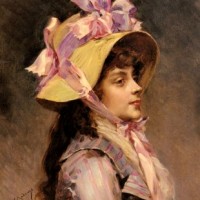 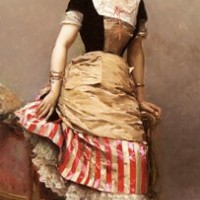 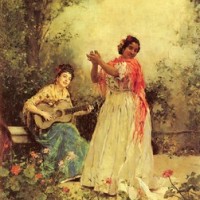 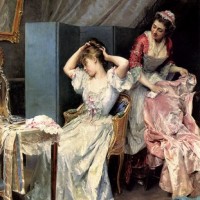 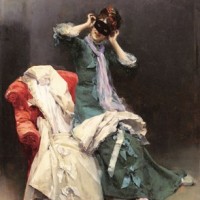 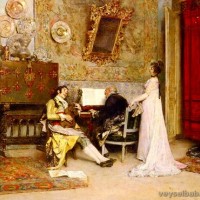 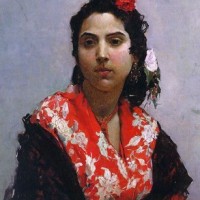 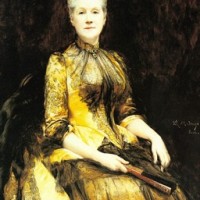 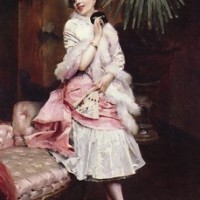 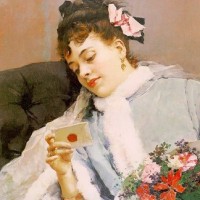 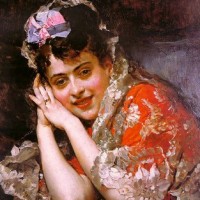 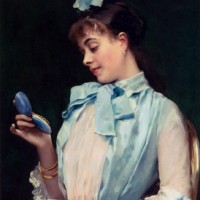 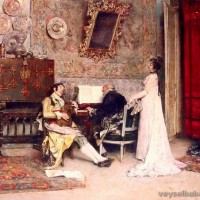 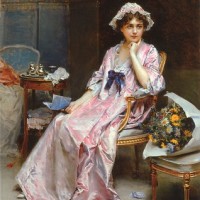 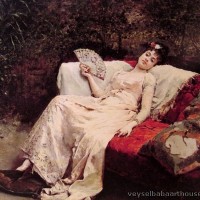