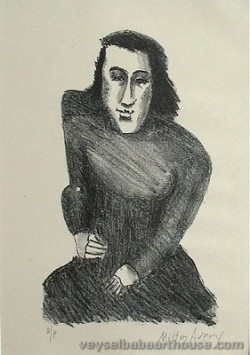 The son of a tanner, Avery began working at a local factory at the age of 16 and supported himself for decades with a succession of blue-collar jobs. The death of his brother-in-law in 1915 left Avery, as the sole remaining adult male in his household, responsible for the support of nine female relatives.[3] His interest in art led him to attend classes at the Connecticut League of Art Students in Hartford, and over a period of years, he painted in obscurity while receiving a conservative art education.[3] In 1917, he began working night jobs in order to paint in the daytime.

In 1924, he met Sally Michel, a young art student, and in 1926, they married. Her income as an illustrator enabled him to devote himself more fully to painting. The two had a daughter, March Avery, in 1932. For several years in the late 1920s through the late 1930s, Avery practiced painting and drawing at the Art Students League of New York. Roy Neuberger saw his work and thought he deserved recognition. Determined to get the world to know and respect Avery's work, Neuberger bought over 100 of his paintings, starting with Gaspé Landscape, and lent or donated them to museums all over the world. With the work of Milton Avery rotating through high-profile museums, he came to be a highly respected and successful painter.

In the 1930s, he was befriended by Adolph Gottlieb and Mark Rothko among many other artists living in New York City in the 1930s–40s.[4] It was Rothko who wrote perhaps the most vivid summation of Avery's art, quoted below.

The Phillips Collection in Washington, D.C., was the first museum to purchase one of Avery's paintings in 1929; that museum also gave him his first solo museum exhibition in 1944.[5] He was elected a Fellow of the American Academy of Arts and Sciences in 1963.[6]

Avery was a man of few words. "Why talk when you can paint?" he often quipped to his wife. Their daughter, March Avery, is also a painter.

He died at Montefiore Hospital in the Bronx, New York after a long illness,[2] and is buried in the Artist's Cemetery in Woodstock, Ulster County, New York. After his death in 1965, his widow, Sally Avery, donated his personal papers to the Archives of American Art, a research center of the Smithsonian Institution. In 2007, the Archives optically scanned these papers and made them available to researchers as the Milton Avery Papers Online.

Avery's work is seminal to American abstract painting—while his work is clearly representational, it focuses on color relations and is not concerned with creating the illusion of depth as most conventional Western painting since the Renaissance has. Avery was often thought of as an American Matisse, especially because of his colorful and innovative landscape paintings. His poetic, bold and creative use of drawing and color set him apart from more conventional painting of his era. Early in his career, his work was considered too radical for being too abstract; when Abstract Expressionism became dominant his work was overlooked, as being too representational.

French Fauvism and German Expressionism influenced the style of Avery's early work, and his paintings from the 1930s are similar to those of Ernst Ludwig Kirchner. By the 1940s, Avery’s painting style had become more similar to Henri Matisse, and his later works use color with great subtlety.[7]

According to painter Mark Rothko,

What was Avery's repertoire? His living room, Central Park, his wife Sally, his daughter March, the beaches and mountains where they summered; cows, fish heads, the flight of birds; his friends and whatever world strayed through his studio: a domestic, unheroic cast. But from these there have been fashioned great canvases, that far from the casual and transitory implications of the subjects, have always a gripping lyricism, and often achieve the permanence and monumentality of Egypt.[8]

He was, without question, our greatest colorist.... Among his European contemporaries, only Matisse—to whose art he owed much, of course—produced a greater achievement in this respect.[9] 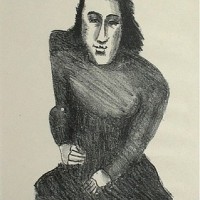 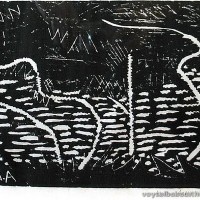 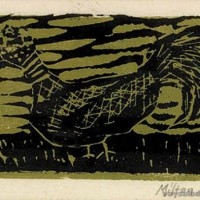 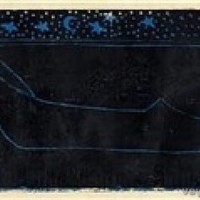 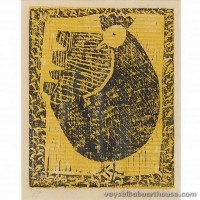 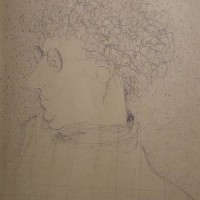 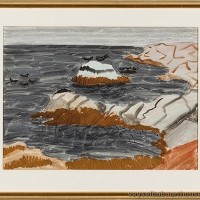 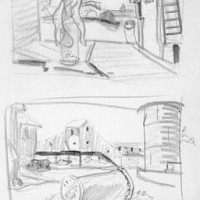 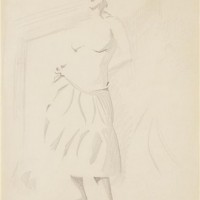