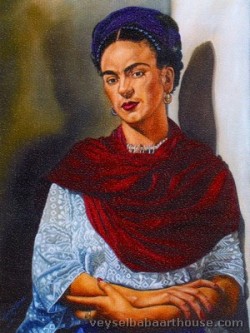 Mario Flores is not a conventional artist. He is not an ordinary painter driven by his inspiration and qualities. Mario Flores became an artist to escape from hell, because his works were painted there. The perfect realism and the brightness and luminosity of his colours are striking. Both details (light and colour) showed him out of a horrifying nightmare.

Mario Flores’ story is most unreal: a young man in the prime of life, Mario was “kidnapped and locked away in a tiny cell  (less than 3 square metres) without natural lighting and a constant death threat cast on him”, as in Albert Camus’ manifesto against capital punishment. His story certainly lives up to the phrase “reality goes beyond fiction”. He was 19 years old when he was arrested after being accused of a crime he never committed. Mario’s only experience at that age was being a good student and a pre-Olympic trampoline athlete; he had been awarded a scholarship to start university when his life was shattered by a murder charge. The accusing party –who eventually managed to incriminate him- was the police’ main suspect. With the prosecutor's agreement, they made Mario a scapegoat for the crime. To hire a good lawyer, Mario’s parents had to sell their home. A week before the trial, the lawyer died and was replaced by his assistant, who had little experience, let alone in cases of such magnitude. Everything went wrong: the prosecutor, who was later appointed Attorney General, got Mario to be sentenced to death. This happened 20 years ago.

Mario Flores stayed in hell for 20 years. Even though he only looks 30, he spent 20 years in a tiny cell (2mx1.5m), a place where he could hardly turn round or lie on a hard bed also used as his only seat. How did he survive to madness? It is almost a miracle. A Spanish prisoner also sentenced to death and released thanks to the colossal efforts of his parents and the people from Spain, Joaquín José Martínez cannot make out how Mario did not go insane. Mario Flores says: “My high-competition sport background helped me overcome situations of utter stress and difficulty. It was one of the reasons I survived in that infernal place; doing a degree, studying theology and, more recently, spending lots of time painting also helped”.

This is how Mario spent his life on Death Row. He studied law on a distance-learning basis and became a licensed Lawyer’s Assistant. He even ran a “legal aid office” and provided death row offenders with advice. In fact, he managed to get four of them out of death row. One was released after Mario demonstrated inconsistencies in his trial and a second jury found him "not guilty". However, he was not allowed to continue this activity. To avoid being inactive, he studied religion in depth, which led him to a mystic knowledge of God and his philosophy. He would also read any book within his reach, which helped keeping his spirits up. He started painting in 1992. “The time spent painting made me forget where I was; through my paintings, I was able to escape from this horrible place. Painting finally saved my life”, wrote Mario a few years ago in a correspondence interview to a Málaga newspaper.

Painting really saved his life. Four years ago, I read a letter by Mario by chance (for a reason, he says). In it, he said his case had been compared by a US Spanish speaking television programme to that of Joaquín José Martínez, who at the time was very near to being freed thanks to Spain's help. In his very dramatic message, Mario begged: “please save me!”. As he was an artist, I asked him to send me his paintings to prepare exhibitions in Spain, as a way to get people to know about his situation and put forward a liberation campaign. 15 exhibitions were held over two and a half years. One of them -and actually one of the nicest- was held here at Valencia University. Like in other places, lectures and talks were given and letters were collected asking US authorities to release Mario or hold a new trial, as there was evidence that he was not present when the murder occurred. The Governor of Illinois –whose office was coming to a close- was also asked to give a reprieve. The Governor received thousands of letters asking for mercy. They were collected at the exhibitions (many in Valencia), at information desks on the streets, at the foyer of the main post office, in lectures and round tables, and even in music performances by singers and musicians against the death penalty. In some cities, council plenary sessions passed motions to support Mario and to fight capital punishment. An association, Vida y Libertad – Salvad a Mario Flores (Life and Freedom – Save Mario Flores) was set up from the beginning, and a reduced number of people –in addition to organising all the actions described- took Mario’s case to Switzerland, where several exhibitions were held and the case was internationally circulated. It also reached many other countries through different organisations, associations, and important figures who got really involved in the campaign. Most significant was the help provided by Joaquín José Martínez and his parents, who welcomed Mario's parents when they came to the first exhibition held in July 2001. Their meeting was really moving. The Martínezs presented the exhibitions on many occasions and talked about their experience, which was really helpful in guiding our efforts.

After 20 years on Death Row –a minuscule personal hell towards a vile, premeditated and humiliating death to which many innocent are sentenced too- Mario Flores was released. Mario Flores is now a free man who wants to get on with his life. He wants to do the university degree he could not do as a result of the terrible experience and he wants to continue painting to make an honest and happy living. A new exhibition of Mario’s paintings is held in Valencia. Encouraged by the great experience of the first exhibition, the new one is indeed a way to say thank you to Valencia and particularly to Valencia University for their help in saving Mario Flores. But this time Mario will be with us personally. As one authority from Málaga said upon meeting him: “you just need to see him to know he is innocent". Mario Flores is now out of hell. He is with us. He survived and defeated death. He is with us. This experience helps us understand how important helping others is, because we could all be Mario Flores one unfortunate day.
Francisco de Paula García 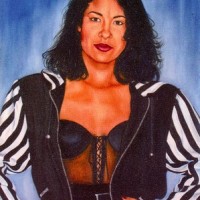 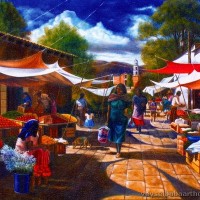 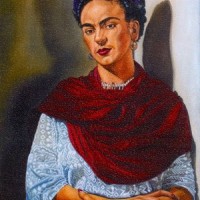 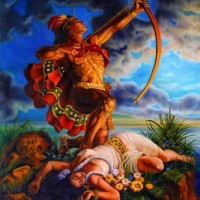 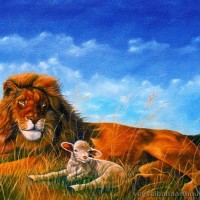 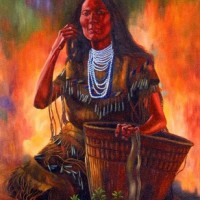 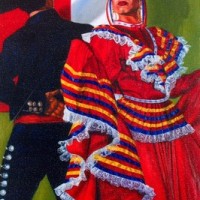 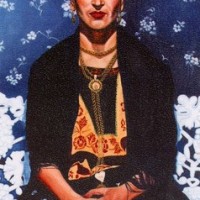 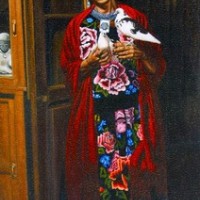 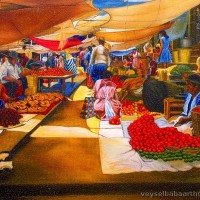 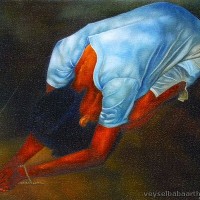 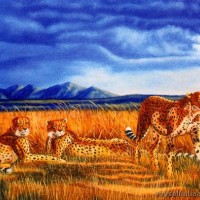