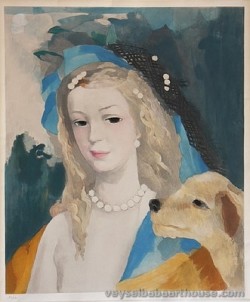 Marie Laurencin (31 October 1883 – 8 June 1956) was a French painter and printmaker.[1] She became an important figure in the Parisian avant-garde as a member of the Cubists associated with the Section d'Or.

Laurencin was born in Paris, where she was raised by her mother and lived much of her life. At 18, she studied porcelain painting in Sèvres. She then returned to Paris and continued her art education at the Académie Humbert, where she changed her focus to oil painting. 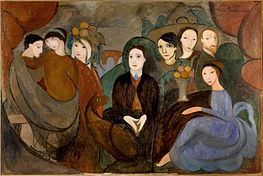 During the early years of the 20th century, Laurencin was an important figure in the Parisian avant-garde. A member of both the circle of Pablo Picasso, and Cubists associated with the Section d'Or, such as Jean Metzinger, Albert Gleizes, Robert Delaunay, Henri le Fauconnier and Francis Picabia, exhibiting with them at the Salon des Indépendants (1910-1911) and the Salon d'Automne (1911-1912). She became romantically involved with the poet Guillaume Apollinaire, and has often been identified as his muse. In addition, Laurencin had important connections to the salon of the American expatriate and famed lesbian writer Natalie Clifford Barney. She had heterosexual and lesbian affairs.[2]

During the First World War, Laurencin left France for exile in Spain with her German-born husband, Baron Otto von Waëtjen, since through her marriage she had automatically lost her French citizenship. The couple subsequently lived together briefly in Düsseldorf. After they divorced in 1920, she returned to Paris, where she achieved financial success as an artist until the economic depression of the 1930s. During the 1930s she worked as an art instructor at a private school. She lived in Paris until her death.

Laurencin's works include paintings, watercolors, drawings, and prints. She is known as one of the few female Cubist painters, with Sonia Delaunay, Marie Vorobieff, and Franciska Clausen.[citation needed] While her work shows the influence of Cubist painters Pablo Picasso and Georges Braque, who was her close friend, she developed a unique approach to abstraction which often centered on the representation of groups of women and female portraits. Her work lies outside the bounds of Cubist norms in her pursuit of a specifically feminine aesthetic by her use of pastel colors and curvilinear forms. Laurencin continued to explore themes of femininity and what she considered to be feminine modes of representation until her death. Her works include paintings, watercolors, drawings, and prints.

In 1983, on the one hundredth anniversary of Laurencin's birth, the Musée Marie Laurencin opened in Nagano Prefecture, Japan. The museum is home to more than 500 of her works and an archive. 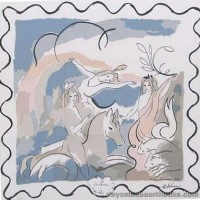 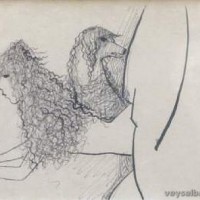 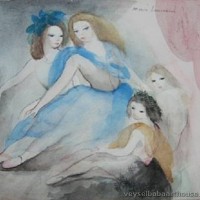 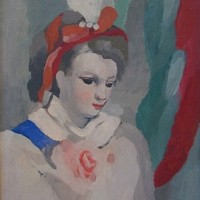 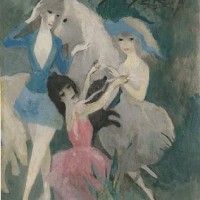 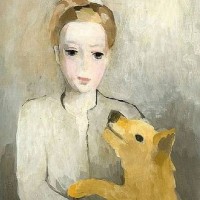 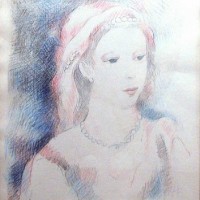 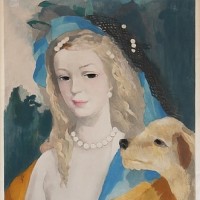 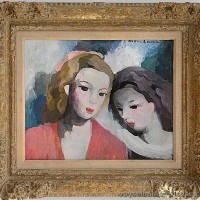