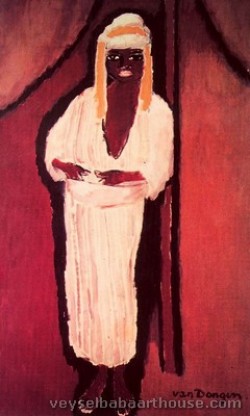 Cornelis Theodorus Maria 'Kees' van Dongen (26 January 1877 – 28 May 1968) was a Dutch-French painter and one of the Fauves at the controversial 1905 Salon d'Automne exhibition. He gained a reputation for his sensuous, at times garish, portraits.

Kees van Dongen was born in Delfshaven, then on the outskirts, and today a borough, of Rotterdam. He was the second of four children in a middle-class family.[1] In 1892, at age 16, Kees van Dongen started his studies at the Royal Academy of Fine Arts in Rotterdam, working with J. Striening and J.G. Heyberg.[1] During this period (1892–97), van Dongen frequented the Red Quarter seaport area, where he drew scenes of sailors and prostitutes. He met Augusta Preitinger at the Academy, a fellow painter.

In 1897, van Dongen lived in Paris for several months, where there was a large emigre community. In December 1899 he returned from Rotterdam to Paris, where Preitinger had moved before him and found work.[1] 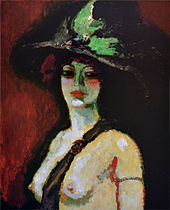 He returned to join Augusta Preitinger ("Guus"), whom he had met at the Academy. They married on 11 July 1901. They had two children together: a son died a couple of days after birth in December 1901; their daughter Augusta, called "Dolly", was born 18 April 1905.

Guus took Dolly to see their families in Rotterdam in the summer of 1914, where they were caught by the outbreak of World War I. They were not able to return to Paris until 1918. Preitinger and van Dongen divorced in 1921.[2]

In 1917, van Dongen had become involved with a married socialite, the fashion director Léa Alvin, also known as Jasmy Jacob. Their relationship lasted until 1927.[3] 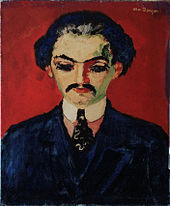 In these years he was part of an avant-garde wave of painters, including Maurice de Vlaminck, Othon Friesz, Henri Rousseau, Robert Delaunay, Albert Marquet, Édouard Vuillard, who aspired to a renewal of painting which they thought was stuck in neo-impressionism.

In 1906, Preitinger and van Dongen moved to the Bateau Lavoir at 13 rue Ravignan in Montmartre, where they were friends with the circle surrounding Pablo Picasso and his girlfriend Fernande Olivier.

In addition to selling his paintings, van Dongen also gained an income by selling satirical sketches to the newspaper Revue Blanche. He also organised very successful costume balls in Montparnasse, to which people paid admission, to gain extra income.

After the First World War, under the influence of his companion, the fashion director Lea Alvin (Jasmy Jacob), among others, van Dongen developed the lush colours of his Fauvist style. This earned him a solid reputation with the French bourgeoisie and upper class, where he was in demand for his portraits. As a fashionable portraitist, he was commissioned for subjects including Arletty, Louis Barthou, Sacha Guitry, Leopold III of Belgium, Anna de Noailles and Maurice Chevalier.

With a playful cynicism he remarked of his popularity as a portraitist with high society women, "The essential thing is to elongate the women and especially to make them slim. After that it just remains to enlarge their jewels. They are ravished."[6] This remark is reminiscent of another of his sayings: "Painting is the most beautiful of lies".[6]

In 1926, he was made a Knight of the French Legion of Honour, and in 1927 the Order of the Crown of Belgium in recognition of his contributions to art.[1] In 1929, the French government awarded him citizenship. Two of his works were collected that year by the Musée du Luxembourg.

The social and commercial appeal of his later work (such as a 1959 portrait of Brigitte Bardot in a little black dress, with her hair tousled) did not match the artistic promise or the bohemian eroticism of his first three decades of work.[7]

From 1959, Kees van Dongen lived in Monaco. He died in his home in Monte Carlo in 1968.[8] An extensive collection of van Dongen's work is held by the New National Museum of Monaco.[9] 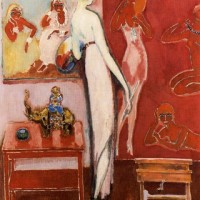 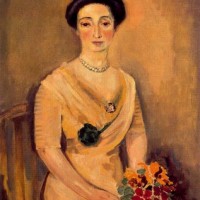 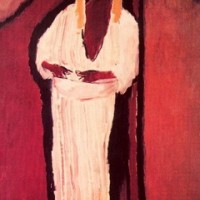 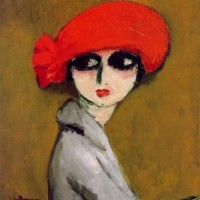 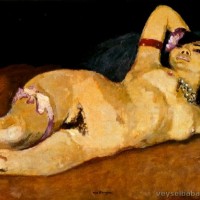 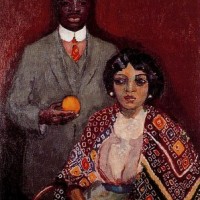 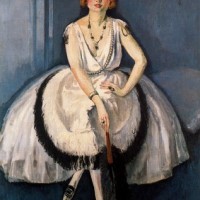 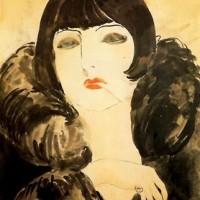