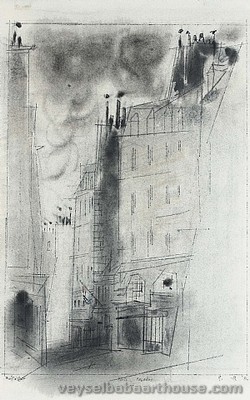 Lyonel Charles Feininger (July 17, 1871 – January 13, 1956) was a German-American painter, and a leading exponent of Expressionism. He also worked as a caricaturist and comic strip artist. He was born and grew up in New York City, traveling to Germany at 16 to study and perfect his art. He started his career as a cartoonist in 1894 and met with much success in this area. He was also a commercial caricaturist for 20 years for magazines and newspapers in the USA and Germany. At the age of 36, he started to work as a fine artist. He also produced a large body of photographic works between 1928 and the mid 1950s, but he kept these primarily within his circle of friends. He was also a pianist and composer, with several piano compositions and fugues for organ extant. 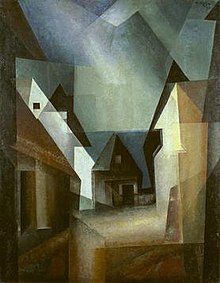 Lyonel Feininger was born to German-American violinist and composer Karl Feininger and American singer Elizabeth Feininger.[1] He was born and grew up in New York City,[2] but traveled to Germany at the age of 16 in 1887[3] to study. In 1888, he moved to Berlin and studied at the Königliche Akademie Berlin under Ernst Hancke. He continued his studies at art schools in Berlin with Karl Schlabitz, and in Paris with sculptor Filippo Colarossi. He started as a caricaturist for several magazines including Harper's Round Table, Harper's Young People, Humoristische Blätter, Lustige Blätter, Das Narrenschiff, Berliner Tageblatt and Ulk.

In 1900, he met Clara Fürst, daughter of the painter Gustav Fürst. He married her in 1901, and they had two daughters. In 1905, he separated from his wife after meeting Julia Berg. He married Berg in 1908 and had several children with her.

The artist was represented with drawings at the exhibitions of the annual Berlin Secession in the years 1901 through 1903.

Feininger's career as cartoonist started in 1894. He was working for several German, French and American magazines. In February 1906, when a quarter of Chicago's population was of German descent, James Keeley, editor of The Chicago Tribune traveled to Germany to procure the services of the most popular humor artists. He recruited Feininger to illustrate two comic strips "The Kin-der-Kids" and "Wee Willie Winkie's World" for the Chicago Tribune.[1][4] The strips were noted for their fey humor and graphic experimentation. He also worked as a commercial caricaturist for 20 years for various newspapers and magazines in both the USA and Germany. Later, Art Spiegelman wrote in The New York Times Book Review, that Feininger's comics have “achieved a breathtaking formal grace unsurpassed in the history of the medium.”[4]

Feininger started working as a fine artist at the age of 36. He was a member of the Berliner Sezession in 1909, and he was associated with German expressionist groups: Die Brücke, the Novembergruppe, Gruppe 1919, the Blaue Reiter circle and Die Blaue Vier (The Blue Four). His first solo exhibit was at Sturm Gallery in Berlin, 1917.[5] When Walter Gropius founded the Bauhaus in Germany in 1919, Feininger was his first faculty appointment, and became the master artist in charge of the printmaking workshop.[1][5]

From 1909 until 1921, Feininger spent summer vacations on the island of Usedom to recover and to get new inspiration.[6] He continued to create paintings and drawings of Benz for the rest of his life, even after returning to live in the United States. A tour of the sites appearing in the works of Feininger follows a path with markers in the ground to guide visitors.

He designed the cover for the Bauhaus 1919 manifesto: an expressionist woodcut 'cathedral'. He taught at the Bauhaus for several years. Among the students who attended his workshops were Ludwig Hirschfeld Mack (German/Australian (1893–1965), Hans Friedrich Grohs (German 1892 - 1981), and Margarete Koehler-Bittkow (German/American, 1898–1964).

When the Nazi Party came to power in 1933, the situation became unbearable for Feininger and his wife. The Nazi Party declared his work to be "degenerate."[1] They moved to America after his work was exhibited in the 'degenerate art' (Entartete Kunst) in 1936, but before the 1937 exhibition in Munich. He taught at Mills College before returning to New York.[1] He was elected to the American Academy of Arts and Letters in 1955.[7]

In addition to drawing, Feininger created art with painted toy figures being photographed in front of drawn backgrounds.[8]

Feininger produced a large body of photographic works between 1928 and the mid-1950s. He kept his photographic work within his circle of friends, and it was not shared with the public in his lifetime. He gave some prints away to his colleagues Walter Gropius and Alfred H. Barr, Jr..[5]

Feininger also had intermittent activity as a pianist and composer, with several piano compositions and fugues for organ extant.

A major retrospective exhibition of Lyonel Feininger's work, initially at the Whitney Museum of American Art during June 30 October 16, 2011, was subsequently due to run at the Montreal Museum of Fine Arts during January 20–May 13, 2012. The exhibition is described as "the first in Feininger’s native country in more than forty-five years, and the first ever to include the full breadth of his art" and as "accompanied by a richly illustrated monograph with a feature essay that provides a broad overview of Feininger’s career..."[10] Many critics have argued that the artist's work was at its most mature around 1910 in works in which the power of Feininger as illustrator balance his abstract side; however, we have to consider the possibility that Feininger used cubism as a more artistically succinct tool to establish his version of the concept known as the objective correlative. 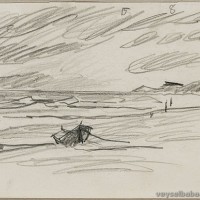 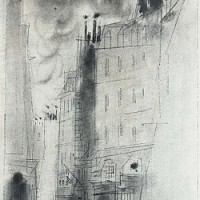 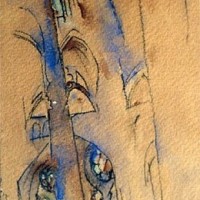 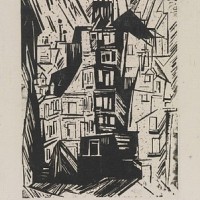 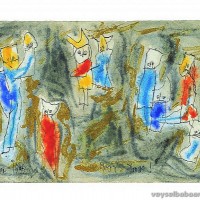 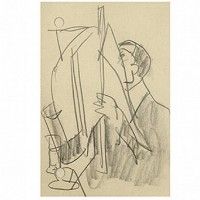 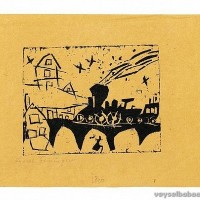 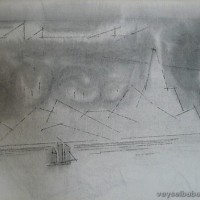