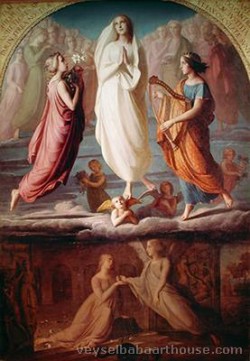 0.0/5 rating (0 votes)
Louis Icart was born in Toulouse, France. He began drawing at an early age. He was particularly interested in fashion, and became famous for his sketches almost immediately. He worked for major design studios at a time when fashion was undergoing a radical change-from the fussiness of the late nineteenth century to the simple, clingy lines of the early twentieth century. He was first son of Jean and Elisabeth Icart and was officially named Louis Justin Laurent Icart. The use of his initials L.I. would be sufficient in this household. Therefore, from the moment of his birth he was dubbed 'Helli'. The Icart family lived modestly in a small brick home on rue Traversière-de-la-balance, in the culturally rich Southern French city of Toulouse, which was the home of many prominent writers and artists, the most famous being Henri de Toulouse-Lautrec.Icart fought in World War I. He relied on his art to stem his anguish, sketching on every available surface. It was not until his move to Paris in 1907 that Icart would concentrate on painting, drawing and the production of countless beautiful etchings, which have served (more than the other mediums) to indelibly preserve his name in twentieth century art history. When he returned from the front he made prints from those drawings. The prints, most of which were aquatints and drypoints, showed great skill. Because they were much in demand, Icart frequently made two editions (one European, the other American) to satisfy his public. These prints are considered rare today, and when they are in mint condition they fetch high prices at auction.Art Deco, a term coined at the 1925 Paris Exposition des Arts Decoratifs, had taken its grip on the Paris of the 1920s. By the late 1920s Icart, working for both publications and major fashion and design studios, had become very successful, both artistically and financially. His etchings reached their height of brilliance in this era of Art Deco, and Icart had become the symbol of the epoch. Yet, although Icart has created for us a picture of Paris and New York life in the 1920s and 1930s, he worked in his own style, derived principally from the study of eighteenth-century French masters such as Jean Antoine Watteau, François Boucher and Jean Honoré Fragonard.In Icart's drawings, one sees the Impressionists Degas and Monet and, in his rare watercolors, the Symbolists Odilon Redon and Gustave Moreau. In fact, Icart lived outside the fashionable artistic movements of the time and was not completely sympathetic to contemporary art. Nonetheless, his Parisian scenes are a documentation of the life he saw around him and they are nearly as popular today as when they were first produced.In 1914 Icart had met a magical, effervescent eighteen-year-old blonde named Fanny Volmers, at the time an employee of the fashion house Paquin. She would eventually become his wife and a source of artistic inspiration for the rest of his life.Icart's portrayal of women is usually sensuous, often erotic, yet always imbued an element of humor, which is as important as the implied or direct sexuality. The beautiful courtesans cavort on rich, thick pillows; their facial expressions projecting passion, dismay or surprise, for the women of Louis Icart are the women of France as we have imagined them to be Eve, Leda, Venus, Scheherazade and Joan of Arc, all wrapped up into an irresistible package.Anne-François-Louis Janmot (21 May 1814 – 1 June 1892) was a French painter and poet.

Janmot was born in Lyon, France of Catholic parents who were deeply religious. He was extremely moved by the death of his brother in 1823 and his sisters in 1829. He became a student at the Royal College of Lyon where he met Frederic Ozanam and other followers of his philosophy professor, Abbe Noirot. In 1831 he was admitted to the École des Beaux-Arts de Lyon and a year later, he won the highest honor, the Golden Laurel. In 1833, he came to Paris to take painting lessons from Victor Orsel and Jean-Auguste-Dominique Ingres. With other Lyon painters, he entered the Society of St. Vincent de Paul. In 1835, he went to Rome with Claudius Lavergne, Jean-Baptiste Frenet and other students and met Hippolyte Flandrin.

After his return to Lyon in 1836, Janmot would attract the attention of critics of the Salon de Paris in conducting large-scale paintings with religious inspiration such as The Resurrection of the son of the widow of Nain (1839) or Christ in Gethsemane (1840). After 1845, he attracted the interest of Charles Baudelaire with his painting Flower of the Fields that allowed him to access to the Salon of 1846. Theophile Gautier was impressed by his Portrait of Lacordaire (1846). But the failure of his Poem of the Soul at the Universal Exhibition of 1855 disappointed him. In December of that year he married Leonie Saint-Paulet, from a noble family in Carpentras.

In 1856, Janmot obtained a commission to paint a fresco (since destroyed) representing the Last Supper for the church of St. Polycarp. Other orders followed, including the decoration of the dome of the Church of St. Francis de Sales and for the town hall that had been renovated by his friend the architect T. Desjardins. He was then appointed professor at the École des Beaux-Arts.

In Paris and Toulon

Surprisingly, Janmot moved to Paris in 1861 after having been promised a commission for the Church of St. Augustine, but this project was abandoned three years later. In experiencing significant family and financial problems, Janmot accepted a professorship at the Dominican School of Arcueil. At that time, in his home in Bagneux, he made many portraits of the members of his family (only photographs are currently available).

After the birth of her seventh child in August 1870, his wife died in Bagneux. While the Prussian troops approached and occupied his home, he fled to Algiers with his stepfather and made landscape paintings. He returned in June of the following year in Paris and led a solitary life. His house in Bagneux had been looted. In 1878, he produced a fresco in the chapel of the Franciscans in the Holy Land, but this work was followed by any further order.

Faced with family and increasing financial problems, Janmot came to Toulon, and despite some orders (new Portrait of Lacordaire (1878, Museum of Versailles), Rosaire (Saint-Germain-en-Laye, 1880), Martyrdom of St. Christine (Solliès-Pont, 1882), he lived a retired life. He finished the second part of the Poem of the Soul that the patron and former industrial Félix Thiollier was willing to publish.

In 1885, Janmot married a former student, Antoinette Currat, and returned to Lyon. He made charcoal drawings on the theme of the underworld, which can be regarded as a kind of continuation of the Poem of the Soul, including Purgatory (1885) and The End of Time (1888). In 1887 was published in Lyon and Paris an over 500-page book entitled Opinion of an artist on art and includes articles previously written by Janmot. He died five years later at the age of 78.

Janmot has been seen as a transitional figure between Romanticism and Symbolism, prefiguring the French part of the Pre-Raphaelite Brotherhood; his work was admired by Puvis de Chavannes, Odilon Redon, and Maurice Denis.[1]

Like Jean-Hippolyte Flandrin, another painter from Lyon and student of Ingres, Janmot carried out many commissions for church decorations. In his paintings the immaculate finish of Ingres was combined with a mysticism that has parallels in the work of his contemporaries the Nazarenes and the Pre-Raphaelites.[1] 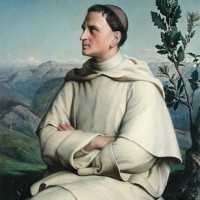 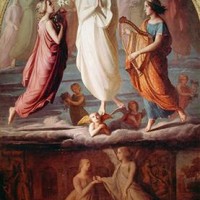 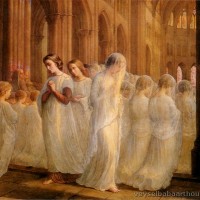 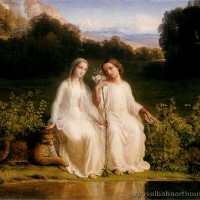 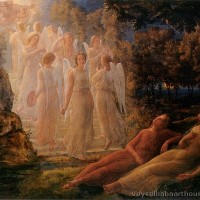 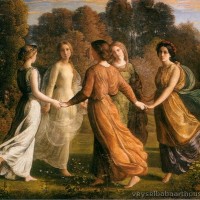 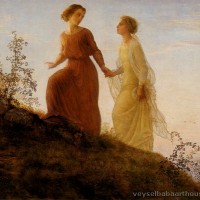 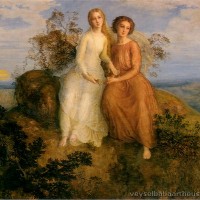 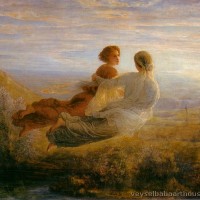 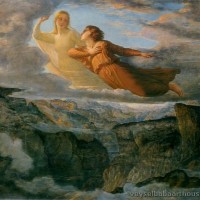 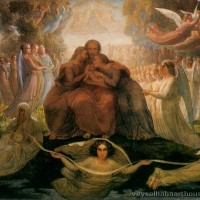 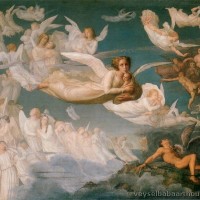 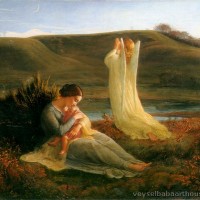 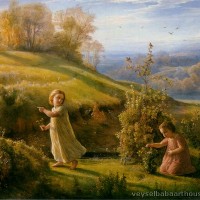 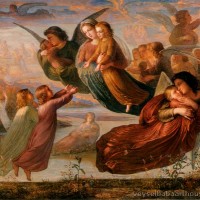 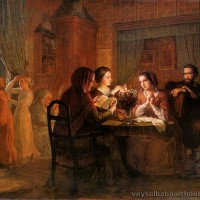 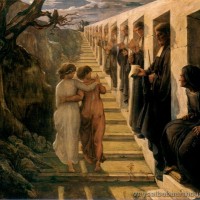 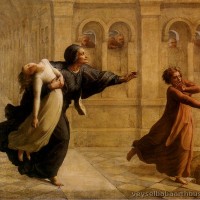 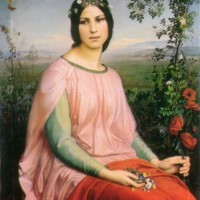 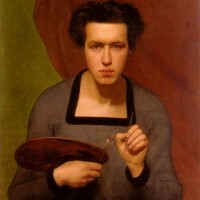