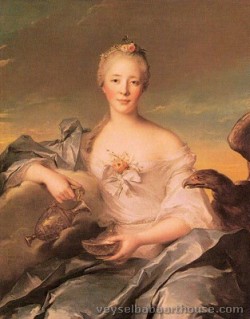 He received his first instruction from his father, and from his uncle, the history painter Jean Jouvenet (1644–1717). He enrolled in the Royal Academy in 1703 and made a series of drawing of the Marie de Médicis painting cycle by Peter Paul Rubens in the Luxembourg Palace; the publication (1710) of engravings based on these drawings made Nattier famous. He had applied himself to copying pictures at the Luxembourg Gallery, he refused to proceed to the French Academy in Rome, though he had taken the first prize at the Paris Academy at the age of fifteen. In 1715 he went to Amsterdam, where Peter the Great was then staying, and painted portraits of the tsar and the empress Catherine, but declined an offer to go to Russia.[1]

Nattier aspired to be a history painter. Between 1715 and 1720 he devoted himself to compositions like the "Battle of Pultawa", which he painted for Peter the Great, and the "Petrification of Phineus and of his Companions", which led to his election to the Academy.

The financial collapse of 1720 caused by the schemes of Law all but ruined Nattier, who found himself forced to devote his whole energy to portraiture, which was more lucrative. He became the painter of the artificial ladies of Louis XV's court. He subsequently revived the genre of the allegorical portrait, in which a living person is depicted as a Greco-Roman goddess or other mythological figure.[1]

Nattier's graceful and charming portraits of court ladies in this mode were very fashionable, partly because he could beautify a sitter while also retaining her likeness. The most notable examples of his straightforward portraiture are the "Marie Leczinska" at the Dijon Museum, and a group of the artist surrounded by his family,"The Artist Surrounded by His Family", dated 1730. He died in Paris in 1766.[1]

Many of his pictures are in the public collections of France. Thus at the Louvre is his "Magdalen"; at Nantes the portrait of "La Camargo" and "A Lady of the Court of Louis XV". At Orléans a "Head of a Young Girl", at Marseilles a portrait of "Mme de Pompadour", at Perpignan a portrait of Louis XV, and at Valenciennes a portrait of "Le Duc de Boufflers". The Versailles Museum owns an important group of two ladies, and the Dresden Gallery a portrait of the "Maréchal de Saxe". At the Wallace collection Nattier is represented by "The comtesse de Tillières" (formerly known as "Portrait of a Lady in Blue"), "Mademoiselle de Clermont en sultane", and "The marquise de Belestat".In the early part of the 20th century in the collection of Mr Lionel Phillips were the duchess of Flavacourt as "Le Silence", and the duchess of Châteauroux as "Le Point du jour" (now at Marseilles). A portrait of the Comtesse de Neubourg and her Daughter formed part of the Vaile Collection, and realized 4500 guineas at the sale of this collection in 1903. Nattier's works have been engraved by Alphonse Leroy, Tardieu, Jean Audran (1667–1756), Dupin and many other noted craftsmen. The Getty Museum has "Madame Bonier de la Mosson as Diana", 1742. The Metropolitan Museum of Art has "Madame de Maison-Rouge as Diana", 1756.[1] 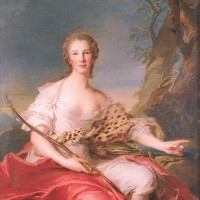 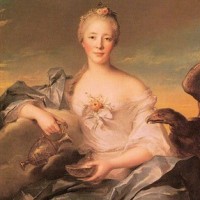 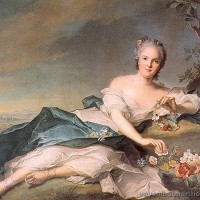 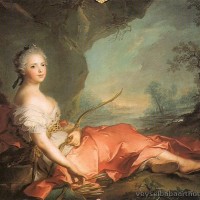 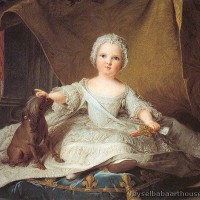 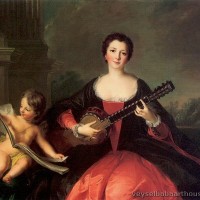 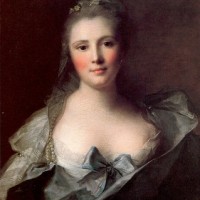 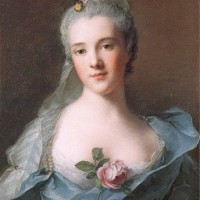 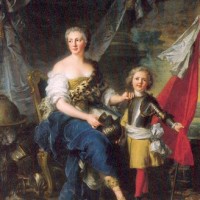 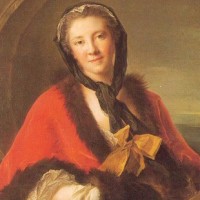 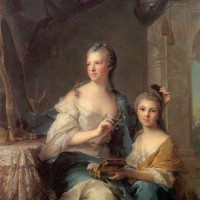 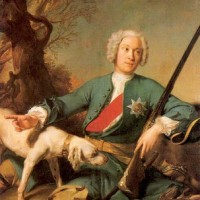 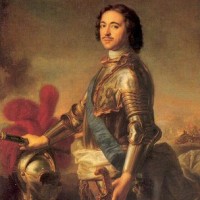 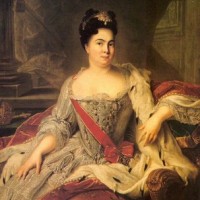 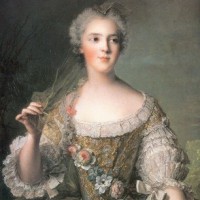