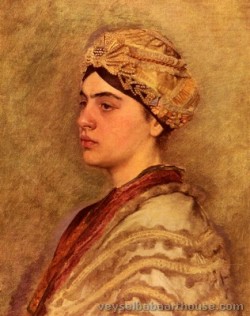 Isidor Kaufmann (Hungarian: Kaufman(n) Izidor, Hebrew: איזידור קאופמן‎‎; March 22, 1853 in Arad – 1921 in Vienna) was an Austro-Hungarian painter of Jewish themes. Having devoted his career to genre painting, he traveled throughout Eastern Europe in search of scenes of Jewish, often Hasidic life.

Born to Hungarian Jewish parents in Arad, Kingdom of Hungary (presently in Romania), Kaufmann was originally destined for a commercial career, and could fulfill his wish to become a painter only later in life.

In 1875, he went to the Landes-Zeichenschule in Budapest, where he remained for one year. In 1876, he left for Vienna, but being refused admission to the Academy of Fine Arts there, he became a pupil of the portrait painter Joseph Matthäus Aigner. He then entered the Malerschule of the Vienna Academy, and later became a private pupil of Professor Trenkwald.

His most noted paintings refer to the life of Jews in Poland. They include: Der Besuch des Rabbi (the original of which was owned by EmperorFranz Joseph I, in the Kunsthistorisches Museum), Schachspieler, Der Zweifler (for which he received the gold medal at the Weltausstellung of 1873).

One of his most prominent students was Lazar Krestin. 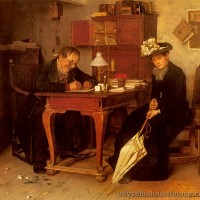 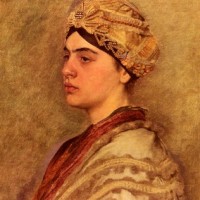 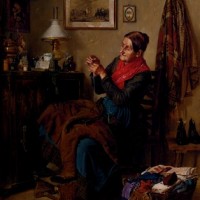 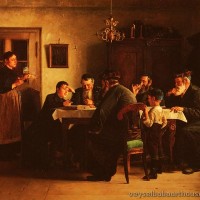 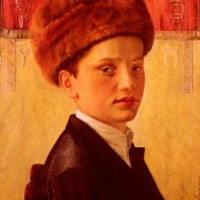 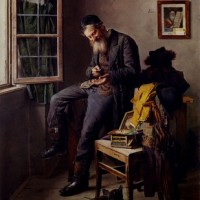 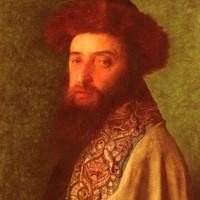 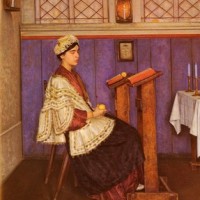