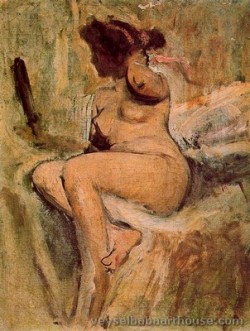 Ignacio Pinazo Camarlench (Valencia, January 11, 1849 – Godella, October 18, 1916) was a Spanish painter, and one of the most prominent artists of Valencia from the end of the nineteenth century, working in the Impressionist style.

Born into a poor family, Pinazo was forced from a young age to assist in supporting the family by practising various trades. He had only attended eight grades when his mother died of the cholera, and young Ignazio was variously employed as a silversmith, a painter of tiles, and a decorator of fans. After his father's death, he lived with his grandparents, and in 1864 enrolled in the San Carlos Academy of Fine Arts, Valencia, earning his living as a hatter.

His artistic career started when he was 21, and he achieved his first success in Barcelona three years later. In 1871, work by him was displayed in the National Exhibition of Fine Arts for the first time.

When he returned to his native city in 1874, he abandoned the conventional historic themes he had so far devoted his efforts to, and instead started painting family subjects, nude figures, and scenes from daily life, thereby anticipating Joaquín Sorolla y Bastida and Francisco Domingo both in subject and style. This is the beginning of a more intimate, Impressionist style.

In 1884, due to a cholera epidemic in Valencia, Pinazo temporarily moved to the town of Bétera, where he stayed in the villa “Maria” of the banker Jose Jaumandreu. From 1884 to 1886 he taught at the School of Valencia. He received many commissions from the Valencian aristocracy, among them the Marchioness of Benicarló.

He was married to Teresa Martinez Montfort. They had two sons, Ignacio and Jose, both of whom became painters themselves.

Ignazio Pinazo worked with dark colours: black, brown and other earth-like shades, as well as in the scintillating palette typical of Impressionism. His work often shows rapid brush strokes. Paintings include: 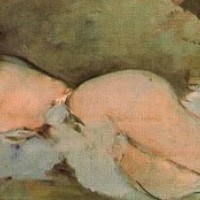 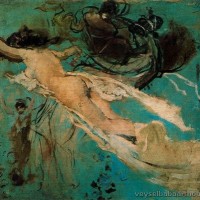 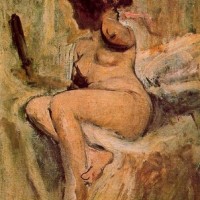 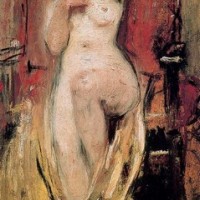 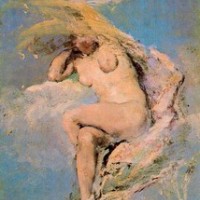 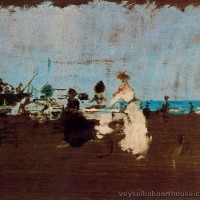 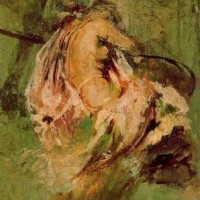 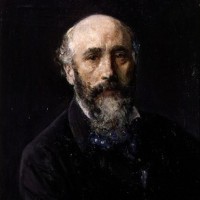 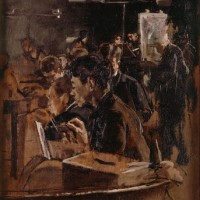 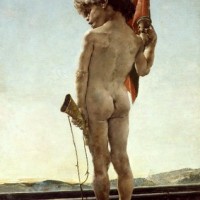 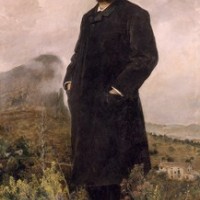 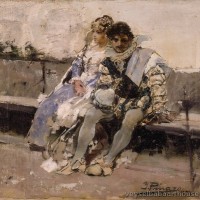 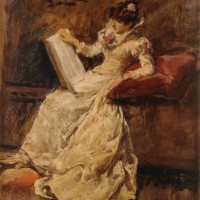 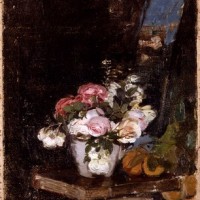 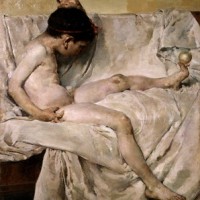 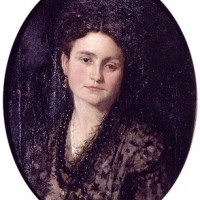 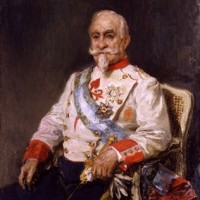 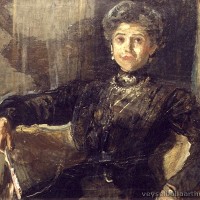 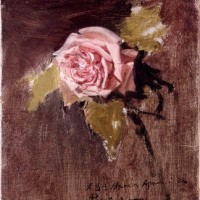 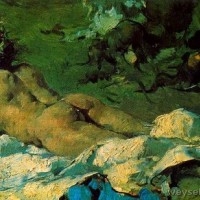 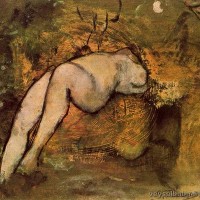 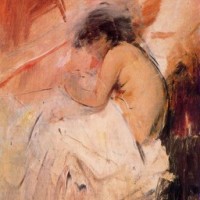