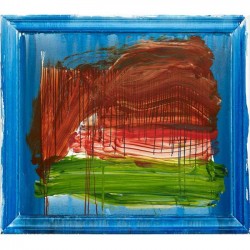 Sir Gordon Howard Eliot Hodgkin CH CBE (born 6 August 1932)[1] is a British painter and printmaker. His work is most often associated with abstraction.

Hodgkin, a cousin of the English still life painter Eliot Hodgkin (1905–87),[2] was educated at Eton College and then at Bryanston School in Dorset. He then studied at the Camberwell Art School and later at the Bath Academy of Art in Corsham, where Edward Piper studied drawing under him.

Hodgkin's first solo show was in London in 1962. His early paintings tend to be made up of hard-edged curved forms in a limited number of colours.

Around the beginning of the 1970s, Hodgkin's style became more spontaneous, with vaguely recognisable shapes presented in bright colours and bold forms.

In 1980, Hodgkin was invited by John Hoyland to exhibit work as part of the Hayward Annual at the Hayward Gallery along with Gillian Ayres, Basil Beattie, Terry Setch, Anthony Caro, Patrick Caulfield, Ben Nicholson and others.[3] [4]

In 1995, Hodgkin printed the Venetian Views series, which depict the same view of Venice at four different times of day. Venice, Afternoon - one of the four prints - uses sixteen sheets, or fragments, in a hugely complex printing process which creates a colourful, painterly effect. This piece was given to the Yale Centre of British Art in June 2006 by the Israel family to complement their already-impressive collection of Hodgkins.[5]

In 2003 he was appointed by Queen Elizabeth II as a Companion of Honour. A major exhibition of his work was mounted at Tate Britain, London, in 2006. Also in 2006, The Independent declared him one of the 100 most influential gay people in Britain, as his work helps many people express their emotions to others.[6]

In September 2010 Hodgkin and five other British artists including John Hoyland, John Walker, Ian Stephenson, Patrick Caulfield and R.B. Kitaj were included in an exhibition entitled The Independent Eye: Contemporary British Art From the Collection of Samuel and Gabrielle Lurie, at the Yale Center for British Art.[7][8]

His prints are hand-painted etchings and he has worked with the same master printer (Jack Shirreff at 107 Workshop) and print publisher (Alan Cristea Gallery) for the last 25 years. 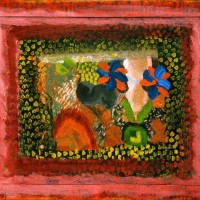 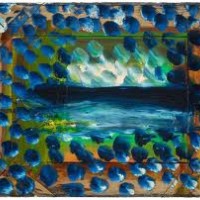 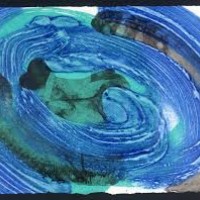 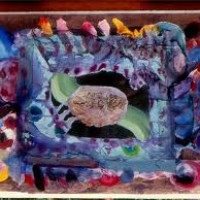 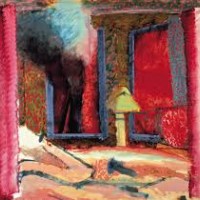 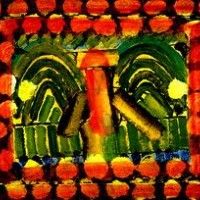 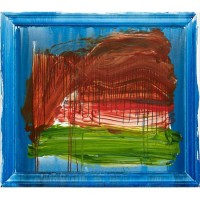 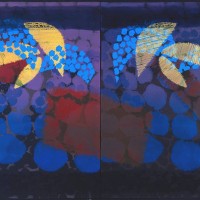 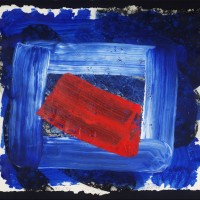 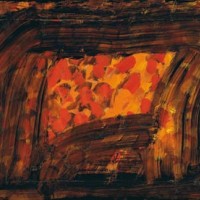 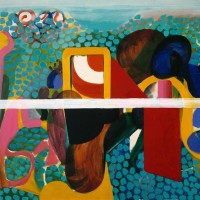