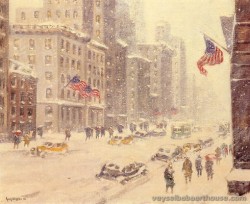 uy Carleton Wiggins NA (February 23, 1883 – April 25, 1962) was an American artist who became famous for his paintings of New York City's snowy streets, landmarks and towering skyscrapers during winter. In 1883 the young Wiggins was born into an artistic family; his father Carleton Wiggins was an accomplished artist who gave his son his first training as a painter. Later he enrolled in architectural school, but changed direction by entering the National Academy of Design to study painting. His teachers at the academy were William Merritt Chase and Robert Henri.

He was born in Brooklyn and made his residence in New York City, a city which often provided subjects for his paintings, as The Metropolitan Tower (Metropolitan Museum of Art, New York); Washington Square in Winter (Richmond Art Museum, Indiana); Columbia Circle, Winter (National Gallery of Art, Washington); and Riverside Drive (1915). 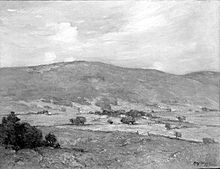 Throughout Wiggins' career, he painted in an impressionistic style, as may be seen especially in Berkshire Hills, June (Brooklyn Museum). He traveled New England painting streams, fields and woodlands capturing on canvas the various seasons of the year. He became one of the youngest members of the Old Lyme Art Colony of Old Lyme, Connecticut, and painted alongside his father, Carleton, Childe Hassam, and Frank Vincent DuMond. Wiggins taught art in New York and Connecticut and enjoyed a long and successful career as a painter.

He died in 1962 while on vacation in St. Augustine, Florida, aged 79. His body was returned home to Connecticut and he is buried in Lyme. His work can be seen in several major museums, including The Art Institute of Chicago, Brooklyn Museum, and Smithsonian American Art Museum. 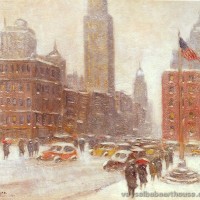 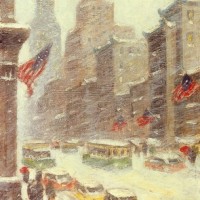 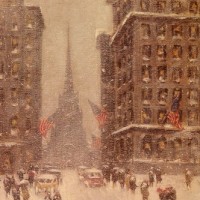 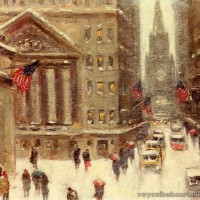 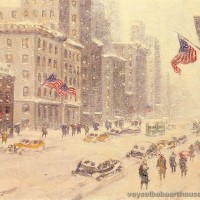