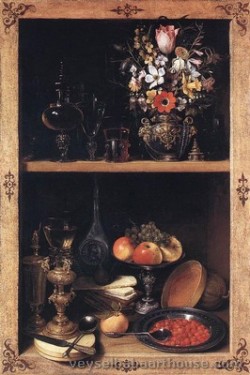 Flegel was born in Olmütz (Olomouc), Moravia. Around 1580 he moved to Vienna, where he became an assistant to Lucas van Valckenborch I, a painter and draughtsman. Flegel and his employer later moved to Frankfurt, which at the time was an important art-dealing city. As an assistant, he inserted items such as fruit, flowers, and table utensils into Valckenborch's works.

He is probably the same person Kramm found in Utrecht as ‘juriaen vlegel, Constschilder.’ in the "Protokol" of the notary (or real estate agent) Verduyn, noted as "Acte van 21 Maart, 1616".[1] If so, then he probably moved there because of the new Utrecht Guild of St. Luke and probably knew other still life painters active there in that period, such as Roelandt Savery (who had made a trip to Tyrol) and Balthasar van der Ast.

According to the RKD he was pupil of Lucas van Valckenborch in Linz during the years 1582-1592.[2] In a period of about 30 years (c. 1600–1630), he produced 110 watercolor and oil pictures, mostly still life images which often depicted tables set for meals and covered with food, flowers and the occasional animal. Among his students were his own two sons, Friedrich (1596/1597–1616) and Jacob (probably Leonhard, 1602–1623), as well as the flower artist Jacob Marrel. 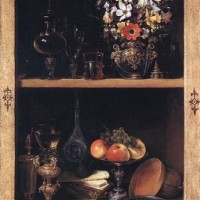 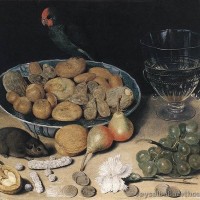 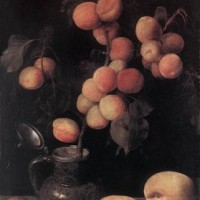 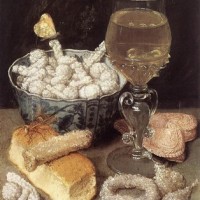 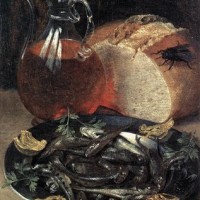 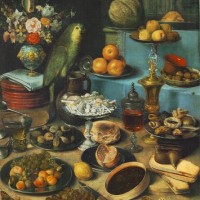 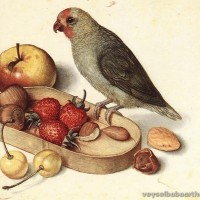 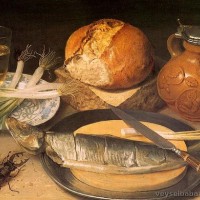