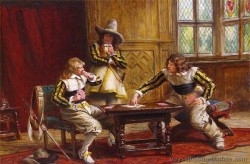 Frank Moss Bennett (1874–1952) was a British painter of portraits, historical scenes and architecture. He was known for his posthumous portraits, particularly of soldiers killed during the First World War, which were commissioned by grieving relatives as a remembrance of their sons and husbands.

Frank Moss Bennett was born on 15 November 1874 in Liverpool, England.[1][2] He was educated at the Clifton College, a private boarding school in Bristol.[1] He then studied at the Slade School of Fine Art, St John's Wood Art School, and the Royal Academy of Arts in London.[1] He also spent a year travelling in Italy.[1]

He painted portraits as well as historic and religious paintings.[1] His work was exhibited at the Royal Academy of Arts from 1898 to 1928 as well as the Liverpool Art Gallery from 1899 to 1932.[1] More recently, his work has been auctioned by Christie's and Bonhams.[3][4] His portrait of Theodore Martin is at the National Portrait Gallery in London.[5][6]

He married Margaret Alma Pellew in 1907.[2][7] They had a son, Edward Fleetwood Pellew, and a daughter, Barbara Francis.[1] They resided in London.[1] By 1938, they moved to Whetcombe Barton farm in Newton Abbot, Devon.[1] 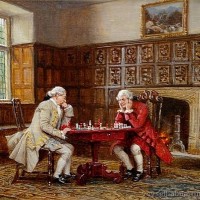 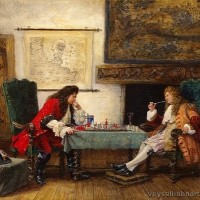 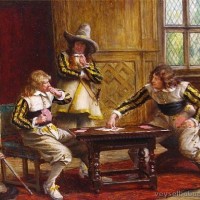