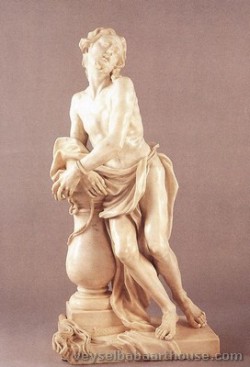 Born in Genoa into a family of sculptors, Parodi developed his facility with wood, then transferred his mastery to marble in the 1670s. His two extended sojourns in Rome refined his style; he joined the studio of Bernini as an assistant (1655–1661), although he appears to have been influenced by Algardi and his pupil Ercole Ferrata. Later on returning to Genoa, he met the French Baroque sculptor Pierre Puget, who stayed in Genoa from 1661-1666. Parodi developed a large studio to handle a large number of commissions.

In Genoa during the 1661-1670s, he completed an Ecstasy of Saint Martha for Santa Marta, a Saint John for Santa Maria di Carignano, and a Virgin and Child for Santi Vittore e Carlo.

In 1691 he was called to Padua, where he and his studio were responsible for the six white marble sculptures of saints and the Glory of Saint Anthony (1689–97) in the polychrome marble setting of the Cappella del Tesoro ("Chapel of the Treasure") at the Basilica of Saint Anthony of Padua. The cornice is crowded with celebrative angels by a stuccador from Lugano, Pietro Roncaioli.

For Johann Adam Andreas I von Liechtenstein of Vienna, he produced two allegorical busts: Vice and Virtue, which remain in the Liechtenstein collection, Vienna. The expressive bust of Vice has a specific Bernini source in Bernini's Anima dannata.

His sculptures commissioned by Eugenio Durazzo in 1679 during the renovation of the Palazzo Balbi Durazzo, Genoa, remain in situ (the present Palazzo Reale); they are a sentimental Christ at the Column for the chapel and a set of four mythological figures from Ovid's Metamorphoses (Venus, Clytie, Adonis, and Hyacinth) for the garden. The statues are emotive and often witty reworkings of sculptures by Bernini.[2]

Parodi also worked with Giacomo Antonio Ponsonelli (1654–1735) an Italian late-Baroque sculptor who was also his son-in-law. Parodi's son, Domenico Parodi (1672–1742), was a painter of some merit, initially apprenticed with Sebastiano Bombelli, then, in the early 1690s, working in the studios of Carlo Maratta and then his pupil Paolo Girolamo Piola. Other pupils of Parodi were Angelo de' Rossi, Andrea Brustolon, the brothers Francesco, Francesco Bonanni, and Bernardo Schiaffino. 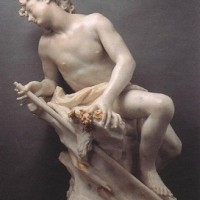 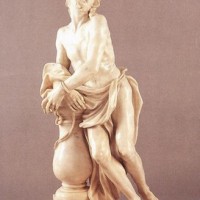 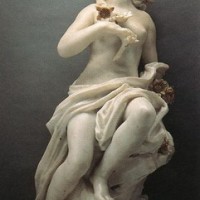 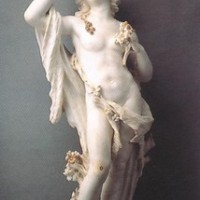 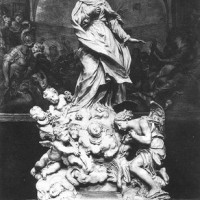 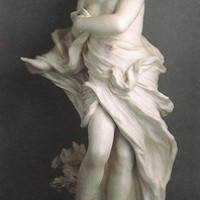