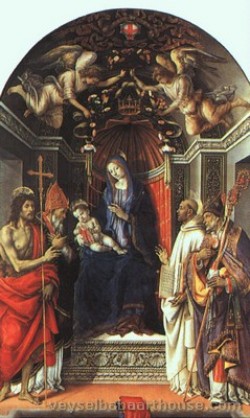 Filippino Lippi (April 1459 – April 1504) was an Italian painter working during the High Renaissance in Florence, Italy.

Born Filippo Lippi in Prato, Tuscany, the illegitimate son of the painter Fra Filippo Lippi and Lucrezia Buti, Filippino first trained under his father. They moved to Spoleto, where Filippino served as workshop adjuvant in the construction of the Cathedral there. When his father died in 1469, he completed the frescos with Storie della Vergine (Histories of the Virgin) in the cathedral. Filippino Lippi completed his apprenticeship in the workshop of Botticelli, who had been a pupil of Filippino's father. In 1472, Botticelli also took him as his companion in the Compagnia di San Luca.

His first works greatly resemble those of Botticelli's, but with less sensitivity and subtlety. The very first ones (dating from 1475 onwards) were initially attributed to an anonymous "Amico di Sandro" ("Friend of Botticelli"). Eventually Lippi's style evolved into a more personal and effective one in the years 1480-1485. Works of the early period include: the Madonnas of Berlin, London and Washington, the Journeys of Tobia of the Galleria Sabauda, Turin, the Madonna of the Sea of Galleria dell'Accademia, Florence, and the Histories of Ester.

Together with Perugino, Ghirlandaio and Botticelli, Lippi worked on the frescoed decoration of Lorenzo de' Medici's villa at Spedaletto. On December 31, 1482 he was commissioned to work on a wall of Sala dell'Udienza of Palazzo Vecchio in Florence, a work never begun. Soon after, probably in 1483-84, he was called to complete Masaccio's decoration of Brancacci Chapel in the church of the Carmine, left unfinished by the artist's death in 1428. Here he realized the Stories of Saint Peter on the following frescoes: Quarrel with Simon Magus in face of Nero, Resurrection of Teophilus' Son, Saint Peter Jailed, Liberation and Saint Peter's Crucifixion.

The work on the Sala degli Otto di Pratica, in the Palazzo Vecchio, started on February 20, 1486. It is now in the Uffizi Gallery. In the same years Piero di Francesco del Pugliese asked him to paint the altarpiece with the Apparition of the Virgin to St. Bernard, now in the Badia Fiorentina, Florence. This is Lippi's most popular picture: a composition of unreal items, with its very particular elongated figures, backed by a phantasmagorical scenario of rocks and almost anthropomorphic trunks. The work is dated to 1480–86.

On April 21, 1487, Filippo Strozzi asked him to decorate the family chapel in Santa Maria Novella with the Stories of St. John Evangelist and St. Philip. He worked on this piece intermittently, only completing it in 1503, after the customer's death. The windows with musical themes, also designed by Filippino, were completed between June and July 1503. These paintings can be seen as a mirror of the political and religious crisis in Florence at the time: the theme of the fresco, the clash between Christianity and Paganism, was hotly debated in the Florence of Girolamo Savonarola.

Filippino showed his characters in a landscape which recreated the ancient world in its finest details, showing the influence of the Grottesco style he had seen in his journey to Rome. He created in this way an "animated", mysterious, fantastic but also disquieting style, showing the unreality of something as a nightmare. In this way, Filippino portrayed ruthless executioners deformed by grim faces, who raged against the Saints. In the scene with St. Philip expelling a monster from the temple, the statue of the pagan god is a living figure which seems to dare the Christian saint.

In 1488, Lippi moved to Rome, where Lorenzo de' Medici had advised Cardinal Oliviero Carafa to entrust him the decoration of the family chapel in Santa Maria sopra Minerva. These frescoes show a new kind of inspiration, quite different from the earlier works, but confirm his continued research on the themes of the Ancient era. Lippi finished the cycle by 1493.

Lippi's return to Florence is variously assigned to the years going from 1491 to 1494. Works of this period include: Apparition of Christ to the Virgin (c. 1493, now in Munich), Adoration of the Magi (1496, for the church of San Donato in Scopeto, now in the Uffizi), Sacrifice of Laocoön (end of the century, for the villa of Lorenzo de' Medici at Poggio a Caiano), St. John Baptist and Maddalena (Valori Chapel in San Procolo, Florence, inspired in some way to Luca Signorelli's art). He also worked outside of his mother-country, namely on the Certosa of Pavia and in Prato, where in 1503 he completed the Tabernacle of the Christmas Song, now in the City Museum; in 1501 Lippi realized the Mystic Wedding of St. Catherine for the Basilica of San Domenico in Bologna.

Lippi's last work is the Deposition for the Santissima Annunziata church in Florence, which at his death in April 1504 was unfinished.

Due to Lippi's reputation, on the day of his burial all the workshops of the city closed for him.

Following works are permitted to be cited as Filippino's schoolworks. 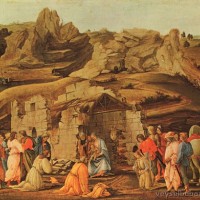 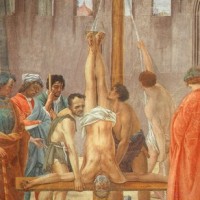 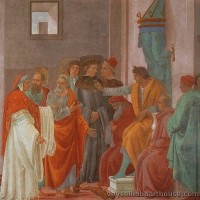 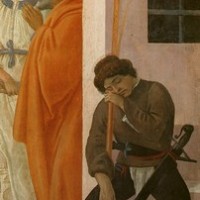 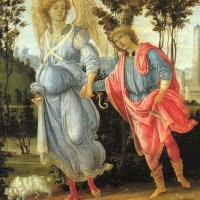 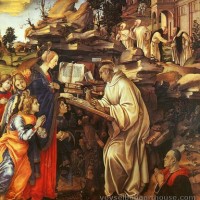 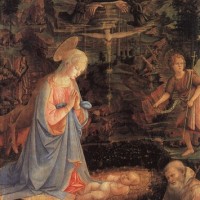 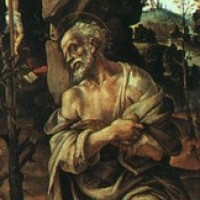 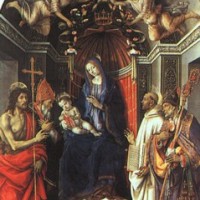 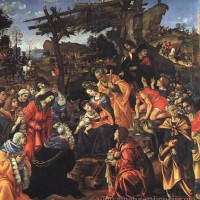 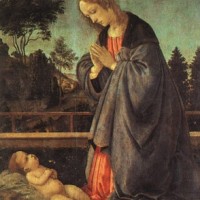 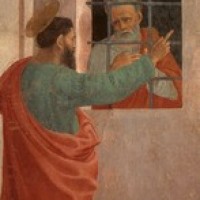 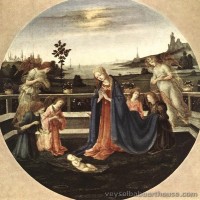 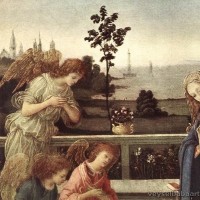 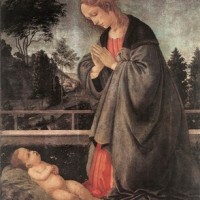 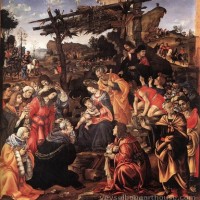 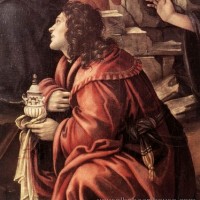 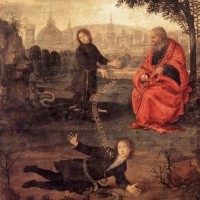 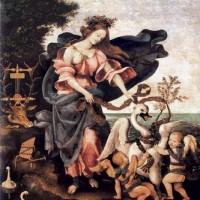 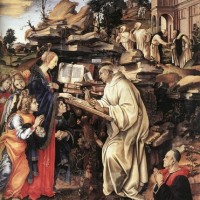 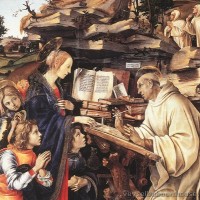 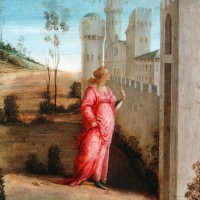 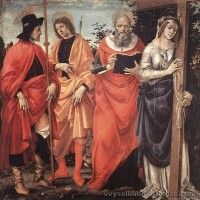 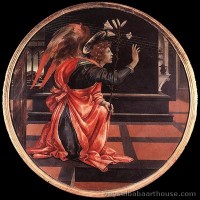 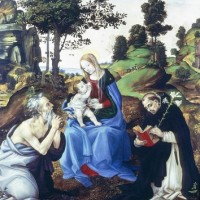 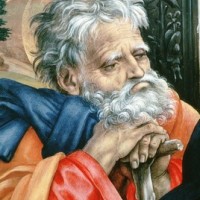 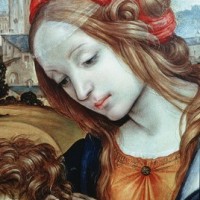 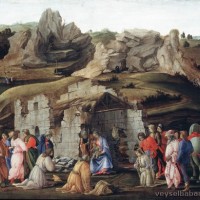