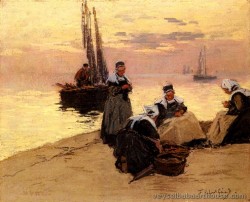 Fernand-Marie-Eugène Le Gout-Gérard was born in Saint-Lô in 1856 and died on 4 August 1924. He was a French painter mainly of seascapes.

Taught at the Saint-Lô college he became a tax collector. In around 1890 he discovered Concarneau and at the age of 33 abandoned his career and took up painting. Subsequently he became a member of the "Société nationale des Beaux-Arts'" and the London '"Pastel Society". In 1903 he moved to Concarneau and became known as a marine painter particularly of the ports and markets of Brittany. He was painter, watercolourist and designer. His house, the villa Ty Ker Moor, became a meeting place of the artists known as the "Groupe de Concarneau". He painted market scenes, fairs, and the returning fishing vessels; scenes of everyday Breton life.

Some of his paintings

Other paintings by Legout-Gérard include "Le marché à Concarneau", "Le quai Pénéroff", "Thoniers dans la baie du soir", "Etretat", "Thoniers, soleil couchant" and "Le marché à Quingamp". Gout-Gérard involved himself closely in the affairs of Concarneau. He was the president of the "Comité de la fête des Filets bleus" an organization which strove to improve the lot of the local fisherman and took an active interest in preserving Concarneau's ramparts. Apart from his Brittany paintings he painted in Normandy, Venice, Greece, and North Africa. An exhibition of his work was staged in 2010 at the Musée du Faouët.[3] 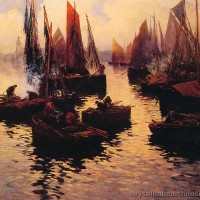 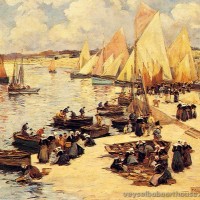 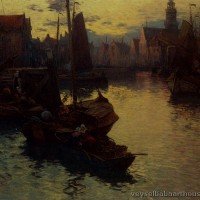 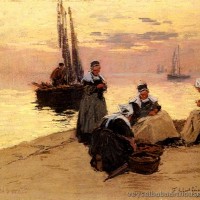 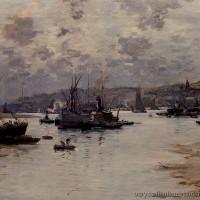 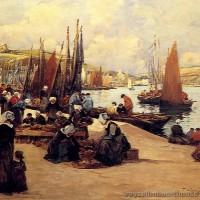