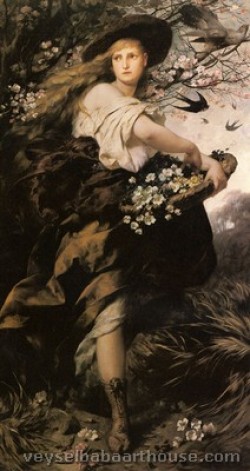 He was born in Karlsruhe. His father was a civil engineer. In 1857, when he was fifteen, his father was awarded a contract to design bridges, roads and dams in Brazil. Ferdinand and his brother Franz were able to accompany him.[1] Over the course of a four-year stay, he was able to teach himself drawing by sketching the tropical landscape. Shortly after their return, he enrolled at the Academy of Fine Arts, Karlsruhe, where he studied with Johann Wilhelm Schirmer, the former Director of the Academy.[2] After Schirmer's death, he studied with Ludwig des Coudres.[1]

He was unsatisfied with the Academy, however, and took private lessons the studio of Hans Canon. This was followed, in 1866 and 1867, by study trips to Switzerland and France. He achieved his first recognition with his painting "The Death of Philip II" at the International Exposition.[1] From 1867 to 1869, he lived in Rome, where he made the acquaintance of Anselm Feuerbach and maintained a joint studio with him.[2]

In addition to his regular paintings, he provided decorations and curtains for the new Karlsruhe Court Theater and the Dresden Semperoper. His decorations for the King Carl Hall at the Landesmuseum Württemberg pleased the King so much that he awarded Keller a title of nobility. Frederick I, Grand Duke of Baden, commissioned him to paint the History of Baden for the National Art Gallery. On a smaller scale, his etchings have been used to illustrate numerous books. 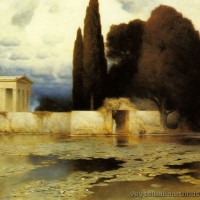 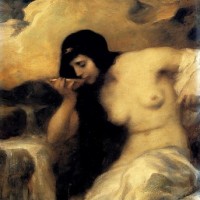 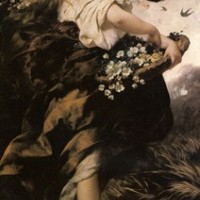 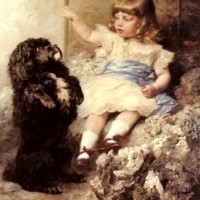 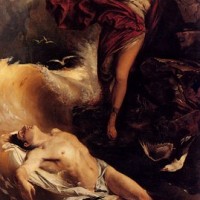