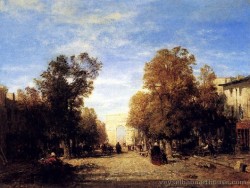 He was born Félix-Francois Georges Philibert Ziem in Beaune in the Côte-d'Or département of the Burgundy région of France. His mother was a native of Burgundy who had married an immigrant. Originally, Ziem planned to be an architect and studied at the School of Architecture in Dijon, and for a time he worked as an architect. In 1839 he moved to Marseilles, where he received some informal instruction in painting from Adolphe Monticelli.[1] Painting developed from a hobby into a career following a visit in 1841 to Italy, where he fell in love with the city of Venice, a place that would become the source for many of his works, and to which he returned annually until 1892.[1] Apart from Venetian scenes, he also painted many still lifes, portraits, and landscapes from a variety of places including Constantinople, Martigues, Cagnes-sur-Mer and his native Burgundy.

Ziem's works were first exhibited in 1849 at the Paris Salon, and Ziem remained a regular exhibitor there for many years.[1] He also traveled extensively throughout Europe and in 1860 moved to Montmartre, the artistic quarter of the city of Paris. Financially successful, he was known to assist struggling young artists.

In 1857, the government of France recognized his contribution to the art world by making him a Chevalier of the Legion of Honor.

Félix Ziem died in 1911 and was interred in the Père Lachaise Cemetery in Paris. 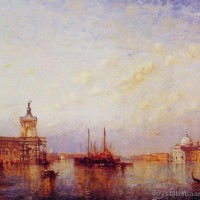 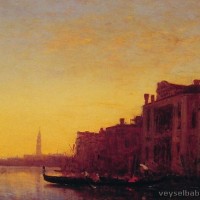 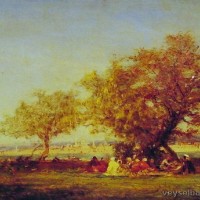 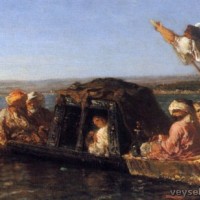 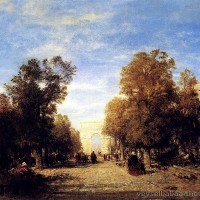 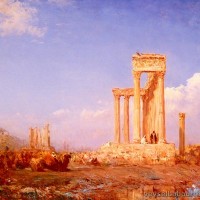 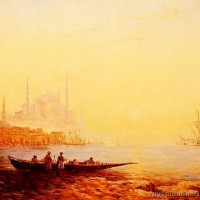 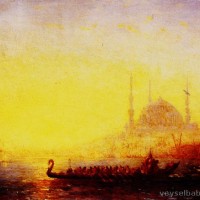 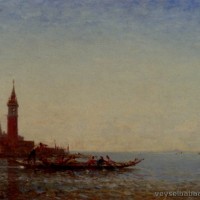 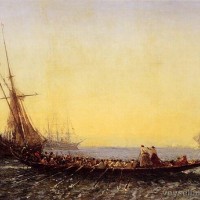 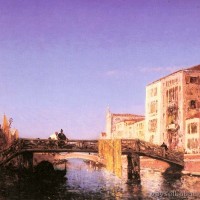 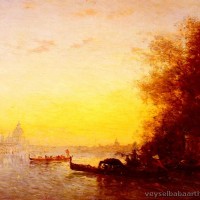 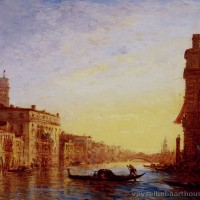 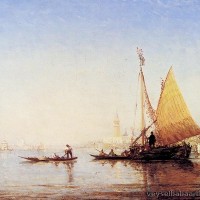 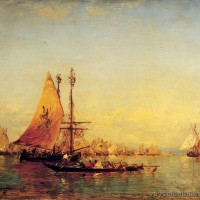 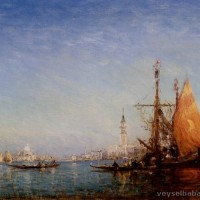 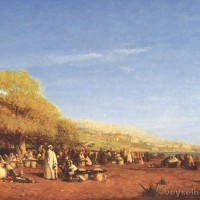 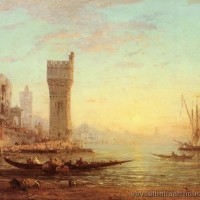 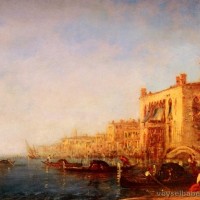 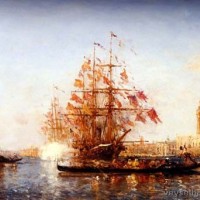