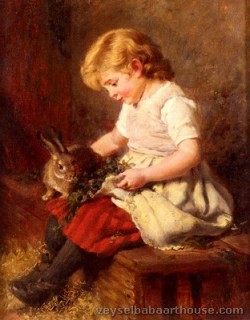 Felix Schlesinger began his training in 1848 in Hamburg at Friedrich Heimerdinger . He is one of the best-known painters of children's motifs, which were sought internationally in the 19th century and were collected mainly in England and America. His additional training took place in the ancient world centers of figurative painting: in Antwerp, in Dusseldorf at the Academy of Fine Arts and at Rudolf Jordan and in Paris. From 1861 to 1863 he worked in Frankfurt , then he settled in Munich. From here, the exhibitions in Dresden, Berlin, and Vienna were filled with representations of children in the country who, with a certain instinct, met the taste of the German and the international public. 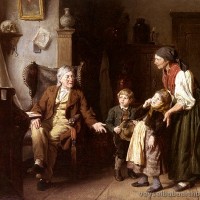 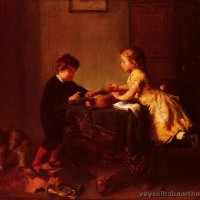 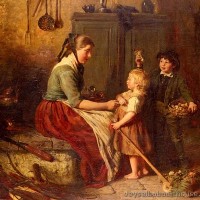 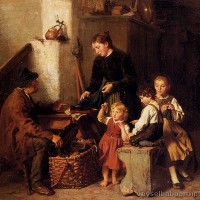 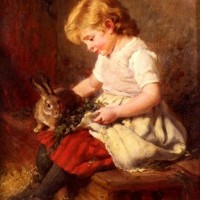 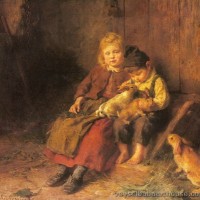