Born in Amsterdam, where his Flemish father Hans had fled as a Protestant in 1585, he probably studied under his father and Gillis van Coninxloo, a landscape painter from Antwerp and a follower of Pieter Brueghel the Elder. He worked in Haarlem 1610-1618, where he joined the Haarlem Guild of St. Luke in 1612 along with Hercules Segers. This event in many ways established realistic landscape paintings as a separate genre in that part of the Netherlands. Van de Velde had been influenced by the German painter Adam Elsheimer to develop his paintings in a more naturalistic direction than his tutor, and to adopt a low viewpoint and a triangular composition.

Esaias was not related to Willem van de Velde, but he was the cousin of Jan van de Velde. He died and was buried at The Hague. 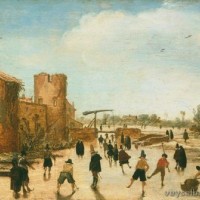 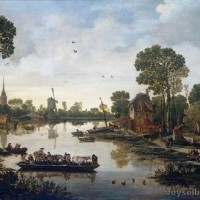 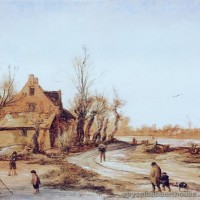 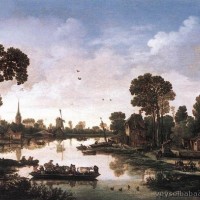 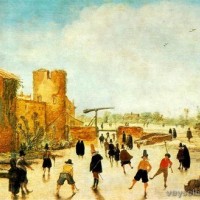 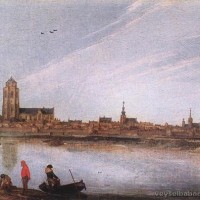 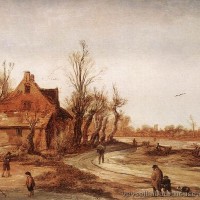 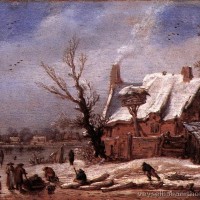