Cooke was born in Pentonville, London, the son of well-known line engraver George Cooke; his uncle, William Bernard Cooke (1778–1855), was also a line engraver of note, and Edward was raised in the company of artists. He was a precocious draughtsman and a skilled engraver from an early age, displayed an equal preference for marine subjects (in special in sailing ships) and published his "Shipping and Craft" – a series of accomplished engravings – when he was 18, in 1829. He benefited from the advice of many of his father's associates, notably Clarkson Stanfield (whose principal marine follower he became) and David Roberts. Cooke began painting in oils in 1833, took formal lessons from James Stark in 1834 and first exhibited at the Royal Academy and British Institution in 1835, by which time his style was essentially formed.

He went on to travel and paint with great industry at home and abroad, indulging his love of the 17th-century Dutch marine artists with a visit to the Netherlands in 1837. He returned regularly over the next 23 years, studying the effects of the coastal landscape and light, as well as the works of the country's Old Masters, resulting in highly successful paintings. These included 'Beaching a Pink at Scheveningen' (National Maritime Museum, London), which he exhibited in 1855 at the Royal Academy, of which he was an Associate from 1851. He went on to travel in Scandinavia, Spain, North Africa and, above all, to Venice.[1] In 1858, he was elected into the National Academy of Design as an Honorary Academician.

Cooke was "particularly attracted by the Isle of Wight, and on his formative visit of 1835 he made a thorough study of its fishing boats and lobster pots; above all he delighted in the beaches strewn with rocks of various kinds, fishing tackle, breakwaters and small timber-propped jetties." 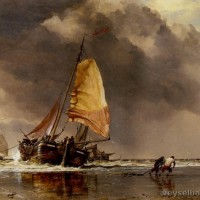 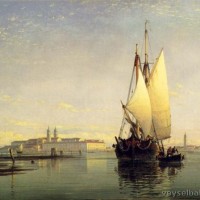 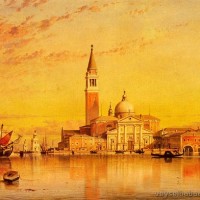 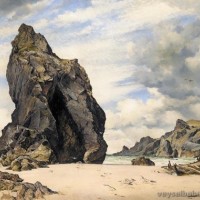 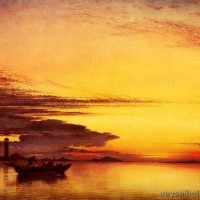 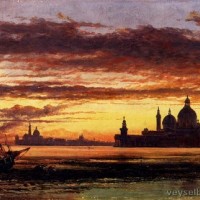 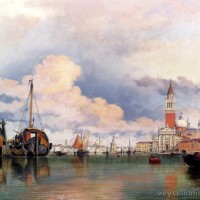 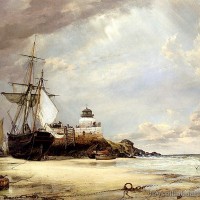 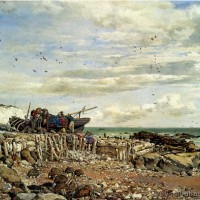