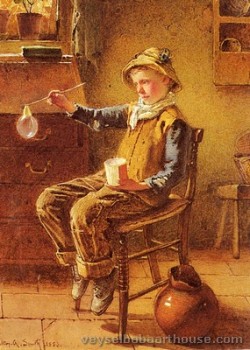 Carlton Smith was born in London in 1853. He was the son of a steel engraver and spent some of his early years being educated in France. The artist also studied at the Slade School in London and he initially worked as a lithographer before taking up painting.

Smith specialised in painting genre subjects and he excelled in both oils and watercolours. From 1879, when he lived in London at Tudor Lodge, Albert Street, until 1904 he exhibited 29 paintings at the Royal Academy. Typical subjects were works such as ‘First Steps’, ‘Bedtime’ and ‘Christmas Eve’. He also exhibited at the Royal Institutes and was elected R.I. in 1889. Carlton Smith married the artist Martha Sarah King and they lived in London and Surrey.

Works by Carlton Smith can be found in the Victoria and Albert Museum in London, Sunderland Art Gallery and the National Gallery of Melbourne. 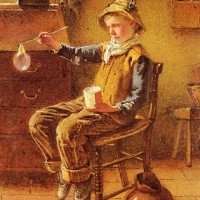 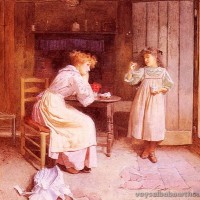 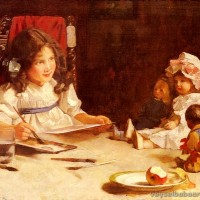 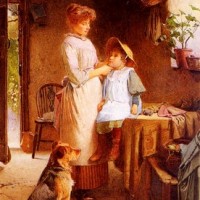 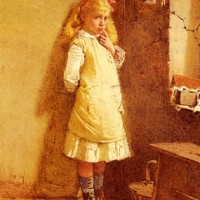 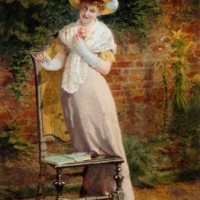 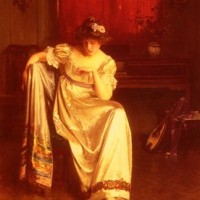 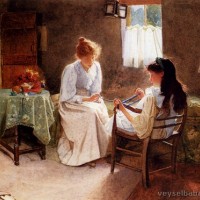