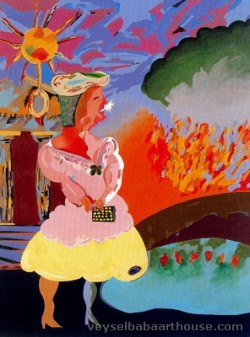 Carlos Alcolea (A Coruña, 1949 - Madrid, 1992) is recognised as one of the leading protagonists of the so-called New Figuration in Madrid, which emerges in the early seventies and continues for the next decade and whose favourable reception coincides with an emerging trend towards a melange of critics, galleries and art markets.

Alcolea lives painting intensely and passionately, as a language of shapes, colours, gestures, winks and meanings. In the beginning, he adopts some basis from Pop showing his European side, with David Hockney as the main reference. Alcolea considers that paintings cannot be created from ideas, but from experience and vision, which leads him to vindicate the practice of art, painting as a trade and the theme as the ultimate foundation of the painting.

The exhibition brings together over thirty paintings with many drawings and cards, and an important collection of photographs and documents, including his book Aprendiendo a nadar (1980). All contribute to the reconstruction of Alcolea’s pictorial, visual and literary ideas, which he feeds off and which his paintings respond to.

Recognisable in his work is a lively and acid colour palette as well as a tendency to use large fields of gently blurred colour, which result in luminous paintings. The role of the line, drawings and his art history lessons (from Titian Vecellio to Paul Cézanne, Claude Monet and Henri Matisse) can also be appreciated along with the concepts of paradox and reversibility, which manifest in the recurrence of the representation of the Möebius strip. Autorretrato. Moebius y su amigo (1975) is an example of this, as well as works like Dassein, (1977) and Matisse de Día, Matisse de Noche (1977), which act as formulae of distinction and "upon which painting is established and supported", as noted by Ángel González, curator of the exhibition.

Alcolea is a dandy and an intellectual who creates his own iconography stemming from a number of themes appearing at the beginning of his career. The artist emphasises these themes and their variations, because as he himself says, "thinking does not exhaust the idea." One of the recurring themes is swimmers and the pool so that he can then use water as a state (liquid) and as a medium as in Los Borrachos (1979-1980). The story of Lewis Carroll's Alice in Wonderland allows him to enter the magical world of underground adventures; another medium that fosters the imbalance. Thus, this alleged figuration present in the swimmers, intellectualised portraits of Ángel González (1980) or María Vela. Veccellia (1982) or figures extracted from imaginary Pop, such as the Queen of England, become an iconography of a swallowed experience.

His paintings are a balance between colour and composition, like in La camarera roja, (1973) or Finisterre (1988-1989) and within them, the clearly visible horizon line dominates. From 1975-1976 the size of the canvas grows and he works diptychs and triptychs in pieces such as Alicia en el país de las Maravillas or Alicia a través del espejo (1979), where he emphasises the duplication and consistency of materials "In or out of the painting, but in the frame" as the artist says. 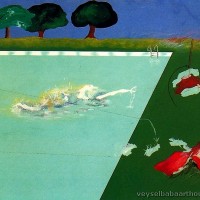 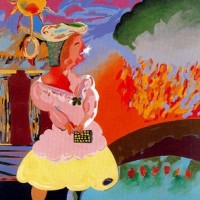 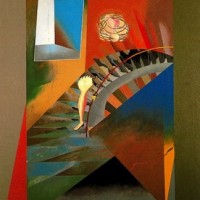 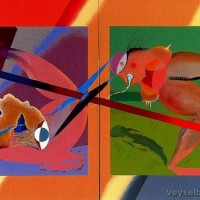 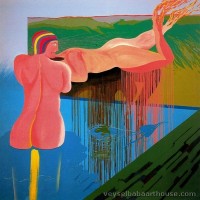 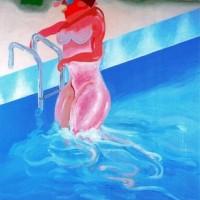 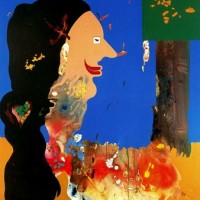 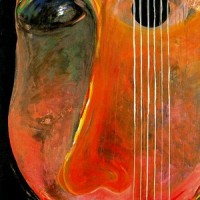 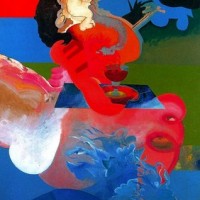 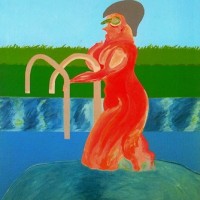 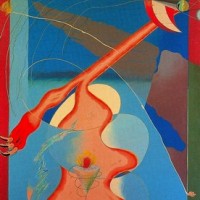 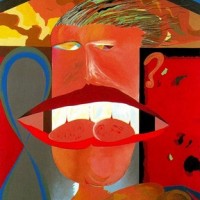 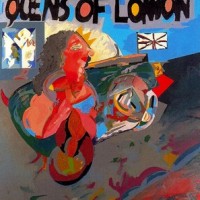 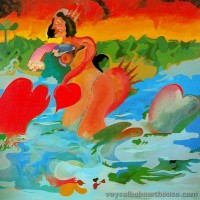 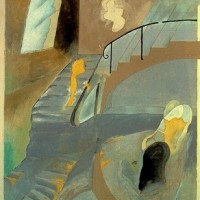 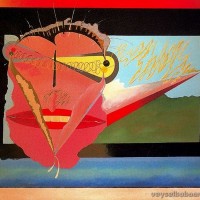 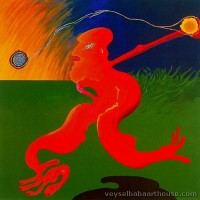