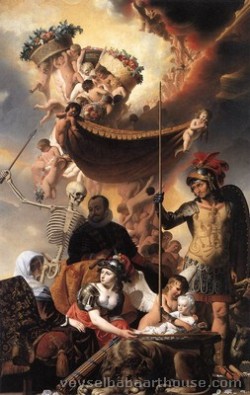 He was born in Alkmaar and educated in Utrecht, where he learned to paint from Jan Gerritsz van Bronckhorst.[1][2] Caesar became a member of the painter's guild in Alkmaar in 1632.[2] His first known painting dates from 1636.[2] In 1648 he moved to Haarlem, where he joined the Haarlem Guild of St. Luke and the civic guard (or schutterij) there, where he met Jacob van Campen.[2]From 1648 to 1650 He helped him with the decoration of the Oranje Zaal (Orange room) in Huis ten Bosch. In 1658 he moved back to Alkmaar where he started a workshop and took on pupils.[2]He died and was buried in the Grote- or St. Laurenskerk in Alkmaar.

Many of his pictures are to be seen in the museums and private houses of the Netherlands, with several on display at the Stedelijk Museum Alkmaar. His pupils were Jan Theunisz Blanckerhoff, Adriaen Dekker, Hendrik Graauw, and Thomas Heeremans.[2] Houbraken also lists two other pupils; Adriaen Warmenhuizen, and Laurens Oosthoorn.[1] 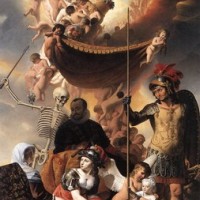 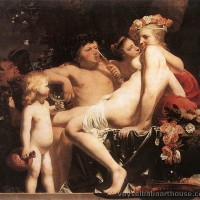 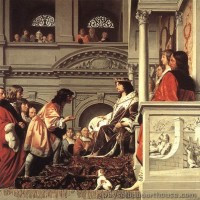 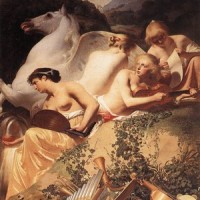