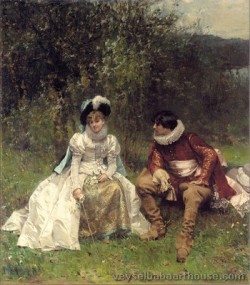 Moreau was born in Troyes in Aube départment. He began his artistic training as an apprentice glassmaker, but left for Paris to study at the École des Beaux-Arts under Léon Cogniet and Isidore Pils. He first exhibited at the Paris Salon in 1868, being described by fellow artist and critic, Joseph Uzanne, as "among the ranks of the greatest painters of contemporary genre".[1][2] After a break occasioned by the Franco-Prussian war, it was his 1873 work, "Concert d’Amateurs dans un Atelier d’Artiste"[3] which really established him in the public eye, and his art became in great demand, particularly in America.

He continued to exhibit at the salon until the end of his life, being awarded a silver medal in 1876 for "Repose at the farm". He also won silver medals at the 1889 and 1900 Exposition Universelle in Paris. Moreau became a Chevalier of the Légion d'honneur in 1892.

Moreau painted in oil (including Grisaille) and watercolour, and during his life became well known for his historical depictions of the French upper classes in past centuries, though he was equally at home in genre landscape paintings featuring peasants and their everyday life. He provided watercolor illustrations and drawings for books by authors such as Voltaire, Victor Hugo, Alphonse Daudet and Honoré de Balzac.[4] He also wrote a book on the history of his family called "Les Moreaus" (1893). 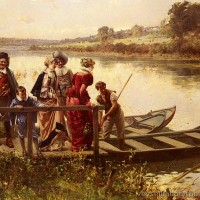 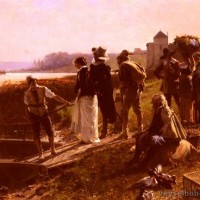 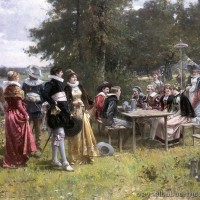 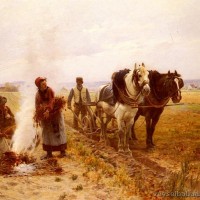 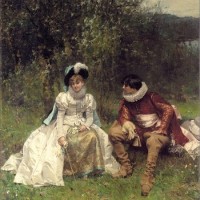 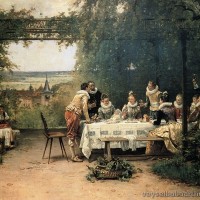